Iranian President Hassan Rouhani on Wednesday defended the nuclear deal at the United Nations, saying it was an internationally backed accord that should not be destroyed by “rogue newcomers to the world of politics.”

Hitting back at US President Donald Trump’s threat to scrap the 2015 deal, Rouhani told the UNGeneral Assembly that the deal had won global support and that its fate could not be decided by “one or two countries”.

“It would be a great pity if this agreement were to be destroyed by rogue newcomers to the world of politics,” Rouhani said, in a clear reference to Trump who blasted the deal in his UN address on Tuesday.

Iran admits supporting Houthis in Yemen for the first time

How will Trump respond to the Senate’s rebuke of Saudi Arabia?

Battle for Hodeidah: Why is the Yemeni city so important and what will the fighting mean for civilians?

“The world will have lost a great opportunity,” he declared.

The Iranian leader pledged to uphold the agreement and vowed to “respond decisively and resolutely” to violations of the deal that provides for sanctions relief in exchange for curbs on Tehran’s nuclear program.

The deal was “overwhelmingly applauded by the international community and endorsed as part of Resolution 2231” adopted by the Security Council, Rouhani told the General Assembly.

“As such it belongs to the international community in its entirety and not only to one or two countries,” he said.

Trump is due to report to the US Congress by October 15 on whether he can certify that Iran is upholding its side of the accord, under which it accepted limits on its nuclear program. 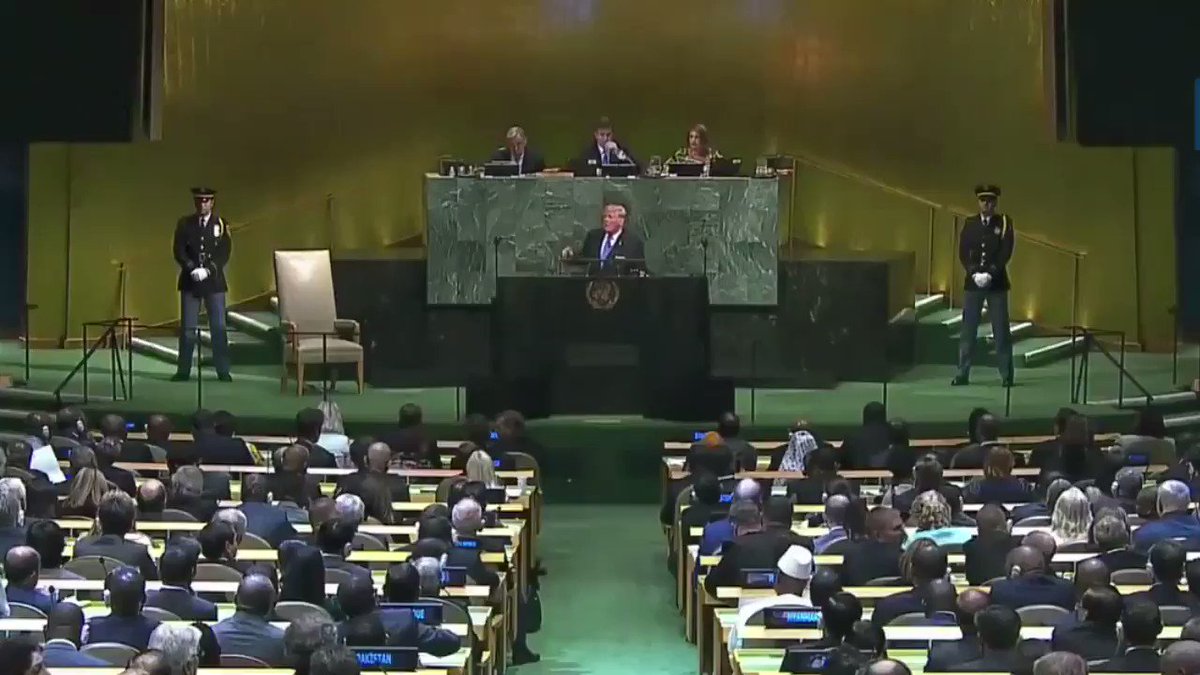 On Wednesday, Trump told reporters that he had reached a decision, but did not elaborate.

“I have decided. I’ll let you know what the decision is,” he said.

Under the nuclear deal, Iran surrendered much of its enriched uranium, dismantled a reactor and submitted nuclear sites to UN inspection, while Washington and Europe lifted some sanctions.

“By violating its international commitments, the new US administration only destroys its own credibility and undermines international confidence in negotiating with it or accepting its word or promise,” Rouhani said.

The president slammed the “ignorant, absurd and hateful rhetoric filled with ridiculously baseless allegations that was uttered before this august body yesterday.”

Trump in his speech Tuesday called the nuclear deal “an embarrassment” for the United States.