Home » China’s new military base in Africa: What it means for Europe and America 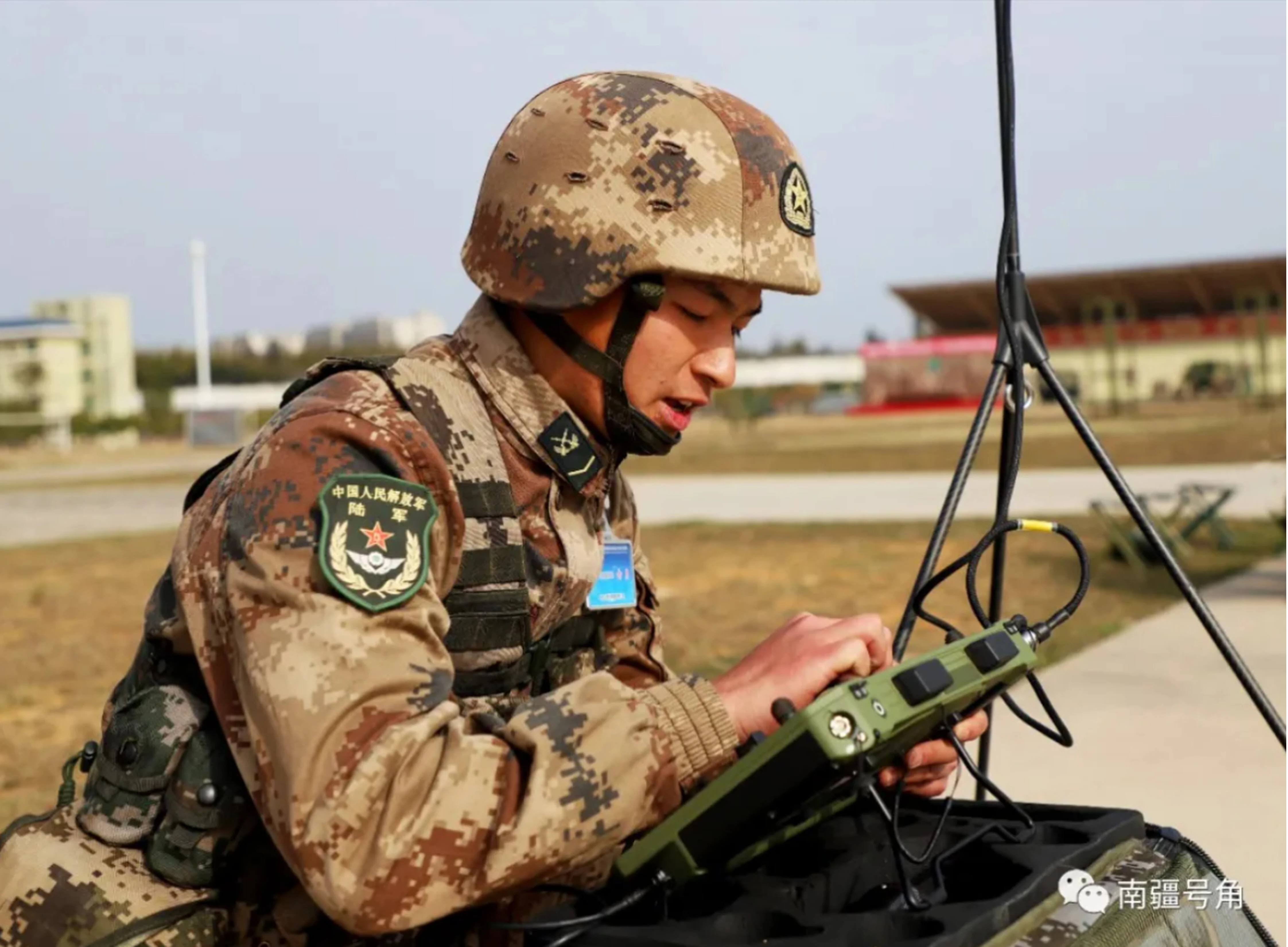 A permanent Chinese military installation in Equatorial Guinea is the culmination of nearly a decade’s investment in Africa – and will not be the last of such bases on the continent’s Atlantic coast.

In one of Africa’s smallest countries, one of the largest shifts in China’s global strategy appears to be under way. Unnamed US officials are reported to have warned that Beijing plans to establish a permanent military installation in Equatorial Guinea. If true, beyond the obvious strategic challenges posed by China possessing a naval base on the Atlantic for the first time, the move signals a new phase in the country’s Africa policy. This holds far-reaching geopolitical implications.

Africa is the largest regional component of China’s $1 trillion Belt and Road Initiative (BRI) to reconfigure the architecture of global commerce. The 46 African nations that have signed onto the BRI represent over 1 billion people and cover about 20 per cent of the Earth’s landmass. The consolidation of Chinese military power on the continent in the form of such new bases – combined with the expansion of Beijing’s already considerable economic influence – would shift global power dynamics, eroding US dominance, and relegating Europe to the sidelines of international affairs.

There are already approximately 10,000 Chinese enterprises in Africa, which, according to a 2017 McKinsey report, generated $180 billion a year in revenues and could reach $250 billion by as early as 2025. These commercial opportunities have resulted in 1 million Chinese citizens making Africa their permanent home since 2000. Consequently, China has entrenched its military and security apparatus in Africa, but it has managed to do so largely without provoking an international backlash. In the two decades since the founding of the Forum on China-Africa Cooperation (FOCAC) in 2000, Beijing has astutely avoided placing a heavy overt troop presence on the continent, such as those maintained by France and the United States. Instead, Beijing has integrated a military and security component into its economic partnerships with African states, making China’s defence presence in Africa part of the fabric of the continent’s development.

The FOCAC summits take place every three years, and each one agrees an action plan for each side to work on until the next meeting. Examining the content of these plans reveals a clear trajectory of Beijing creating a pan-African security architecture with China at its core. The establishment of a naval base in Equatorial Guinea may signal that a new phase in this agenda has begun.

Although home to mainland Africa’s third smallest population, Equatorial Guinea boasts the highest GDP per capita, thanks to its over 1 billion barrels of proved crude oil reserves. First discovered in 1996, Equatorial Guinea’s hydrocarbon wealth has been the economic underpinning of President Teodoro Obiang Nguema Mbasogo’s  41-year rule, which is marked by accusations of human rights abuses and charges of embezzlement by him and his family. Transparency International’s annual index ranks  Equatorial Guinea as the fourth most corrupt country in the world. The president’s son and likely successor, Vice-President Teodoro “Teodorin” Nguema Obiang Mangue, has recently been convicted of embezzlement in France. The British government has frozen his assets and barred him from entering the United Kingdom.

While US oil companies have conducted most of Equatorial Guinea’s oil exploration and production, China has become the country’s primary development partner. In 2006, the China Exim bank and the Government of Equatorial Guinea signed a $2 billion oil-backed buyer’s credit facility agreement for the development of the Port of Bata as a modern deep-sea port facility. The China Communications Construction Company completed construction work for the port’s expansion in December 2014. The following year, the Industrial and Commercial Bank of China signed a similar $2 billion financing deal to support infrastructure development, local activities of Chinese businesses, and the government itself. The China Exim bank extended the government a credit line of half a billion dollars. Bata Port was eventually inaugurated in 2019.

Economics played the lead role in this military-economic development complex, but the dynamics appear to be entering a new phase.

All the while, declining revenues due to corruption, mismanagement, and periods of slumping oil prices meant that Equatorial Guinea was becoming increasingly indebted to China. In 2020, Beijing became the country’s main partner in combatting the covid-19 pandemic, donating 100,000 Sinopharm vaccines and then selling an additional 500,000 vaccines to the Obiang government. By 2021, Equatorial Guinea’s debt to China amounted to an estimated 49.7 per cent of GDP. Despite eleventh-hour US outreach to Equatorial Guinea, culminating in a visit by the US principal deputy national security adviser to discuss maritime security, the Obiang government appears to be moving forward with plans to host a Chinese naval base.

The construction of a Chinese naval base in Equatorial Guinea has wider implications than merely a cautionary tale of Beijing’s debt-trap diplomacy. Since 2015, China has been incrementally developing a systematic, pan-African approach to security on the continent. In September of that year, speaking before the UN General Assembly, Chinese President Xi Jinping signalled Beijing’s focus on engaging African security mechanisms by pledging $100m in military assistance to the African Union to support the creation of an African Standby Force and the African Capacity for Immediate Response to Crises. At the December 2015 FOCAC summit, China announced it would invest $60 billion in Africa – an unprecedented tripling of the amount pledged at FOCAC 2012. At the same meeting, China committed to direct military engagement with African partners and distributing $60m in military assistance, provisions that were incorporated into FOCAC’s Action Plan (2016-2018).

In 2017, in the middle of its three-year ramping up of military assistance and economic investment, China established its first overseas military base in Djibouti, on the coast of the Horn of Africa. Djibouti, situated at the strategic entrance to the Red Sea corridor across from Yemen, also hosts military installations belonging to the United States, Germany, Spain, Italy, France, the UK, Japan, and Saudi Arabia. Consonant with China’s multilateral messaging – China provides more troops to UN Security Council (UNSC) peacekeeping missions than all the other UNSC permanent members combined – Beijing was able to portray its unilateral military presence as part of the international effort to combat piracy and protect global trade passing through the Suez Canal. China has participated in the Shared Awareness and De-Confliction interface, which coordinates the respective anti-piracy efforts of the US-led multinational Combined Taskforce 151 and EU NAVFOR in waters off the Horn of Africa. Nonetheless, China’s establishment of its Djibouti base, with a dock reportedly capable of accommodating aircraft carriers and nuclear submarines, is also in keeping with its journey towards consolidating a continent-wide security presence.

China’s systematic, pan-African security agenda was made more explicit at the 2018 FOCAC summit, whose Action Plan (2019-2021) called for the establishment of 50 separate programmes to enhance security coordination between China and its African partners across the continent, including the China-Africa Peace and Security Forum and the China-Africa Law Enforcement and Security Forum. Chinese state-owned enterprises already spend $10 billion on security globally, a sizeable portion of which is spent in Africa on hiring Chinese security support, ranging from regular military and civilian police to ‘private’ security companies.

The pursuit of large-scale commercial infrastructure signals strategic intent, and the expansion of China’s military presence across Africa in the wake of the BRI is not unexpected. Beijing’s adroit interweaving of economic soft power and hard power has produced a symbiosis between the growing number of Chinese commercial enterprises across Africa and the proliferation of China’s new security arrangements across the continent. While economics played the lead role in this military-economic development complex, the dynamics appear to be entering a new phase.

The Equatorial Guinea naval base news broke a week after the 29-30 November FOCAC 2021 summit in Dakar, Senegal. Moving away from its traditional emphasis on infrastructure development, Beijing used the meeting to emphasise a new theme of building “a China-Africa Community with a Shared Future in the New Era.” Within the framework of fostering this “China-Africa Community”, FOCAC’s Action Plan 2022-2024 calls for the strengthening of “the implementation of the China-Africa peace and security plan” aimed at supporting “the building of the African Peace and Security Architecture.” When seen in the context of the previous two FOCAC action plans, it seems clearer than ever that Beijing is aiming for the consolidation of a continent-wide system of security relations between Africa and China.

Equatorial Guinea presented China with an opportunity to establish a military presence on the Atlantic. But the country’s government is not alone among African nations with a high indebtedness to China and in which Beijing plays a central economic development role. It is possible that other Chinese naval bases may yet appear on Africa’s Atlantic coast. Whether or not it builds such new installations in the short term, Beijing’s consolidation of a pan-African security architecture will undoubtedly lead to their establishment in the long term. In such circumstances, the continent of Africa itself would serve a forward-base for Beijing to project power directly towards north America and Europe.

Experience has taught – as shown in 2015 when Beijing began some serious military spending in Africa – that further investment could also signal a new and more transformative involvement in Africa’s political and economic development. Whatever happens, the United States’ and Europe’s continued delivery deficit in economic engagement with Africa relative to China will come at a mounting geopolitical cost.