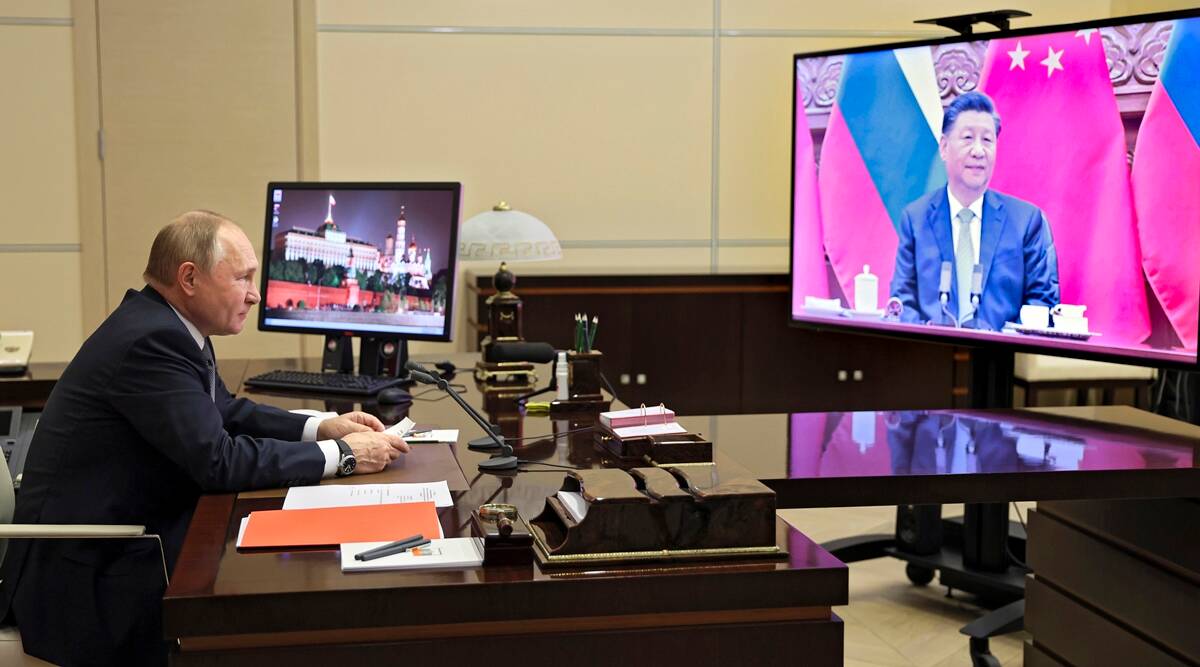 Russian President Vladimir Putin and Chinese President Xi Jinping praised their countries’ cooperation during a 90-minute video chat on December 15. The two leaders agreed their nations should deepen cooperation and defend each other’s interests in the face of Western resistance. “At present, certain international forces, under the guise of ‘democracy’ and ‘human rights,’ are interfering in the internal affairs of China and Russia, and brutally trampling on international law and recognized norms of international relations,” said Xi according to state news agency Xinhua.

Xi also expressed support for Moscow’s calls for security guarantees from NATO. The Western military alliance and a number of its member states have become very concerned about the build-up of Russian troops along the Ukraine border and issued grave warnings should Moscow dare to attack its neighbor. Putin has demanded guarantees that NATO will not expand further eastward, which Russia perceives as a direct threat to its sovereignty. Xi told Putin, “China and Russia should increase their joint efforts to more effectively safeguard the security interests of both parties.”

Putin told Xi, “A new model of cooperation has been formed between our countries, based, among other things, on such principles as non-interference in internal affairs and respect for each other’s interests.” Putin also noted that bilateral trade between the neighboring countries grew by 31% in the first 11 months of 2021. The two say they aim to increase total trade volume, currently estimated at $123 billion (€109 billion), past $200 billion annually in the near future. “I view this relationship as a true model for intergovernmental cooperation in the 21st century,” said Putin.

The Russian president announced on December 15 that he will travel to China for bilateral talks with his “dear friend Xi” during the upcoming Winter Olympics in Beijing. The U.S., U.K., Australia and Canada last week announced that they would not be sending political delegations to Beijing next February as a sign of protest over Chinese human rights abuses in its western Xinjiang province as well as its treatment of pro-democracy activists in Hong Kong and its threatening stance toward Taiwan.

The U.S., E.U. and G7 have all leveled sanctions against Russia for a number of reasons over the past several years including the illegal annexation of Ukraine’s Crimean peninsula, Moscow’s role in the ongoing conflict in eastern Ukraine and the extrajudicial killing or attempted assassination of perceived enemies. Most recently Western leaders, including U.S. President Joe Biden and German Chancellor Olaf Scholz, have warned Putin of the consequences linked to invading Ukraine. Putin insists that Russia’s posture is purely defensive and that the true aggressor in the region is NATO.

We need a strong connection
China’s new military base in Africa: What it means for Europe and America