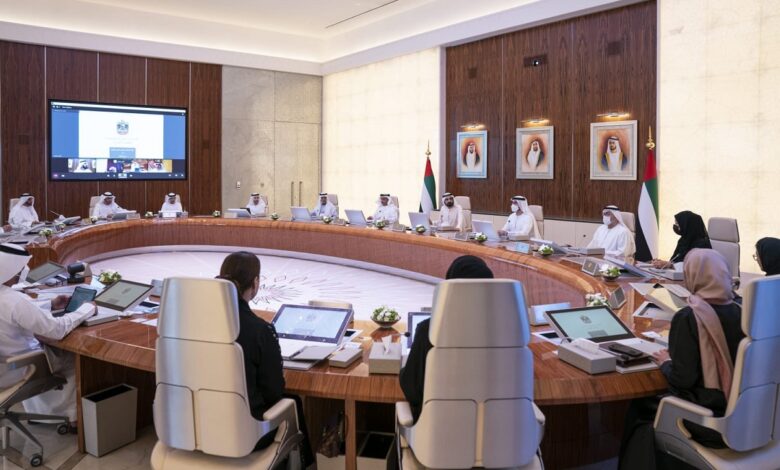 The Higher Committee for Government Digital Transformation held its first meeting, chaired by Ohood bint Khalfan Al Roumi, Minister of State for Government Development and The Future and Chairperson of the Committee, with the attendance of Omar bin Sultan Al Olama, Minister of State for Artificial Intelligence, Digital Economy and Teleworking Applications and Vice Chair of the Committee.

During the meeting, the committee showcased 10 projects aimed at strengthening integration, readiness, competitiveness and government digital services, as well as ways of supporting the new generation of government’s smart services.

During the meeting, Al Roumi stressed that digital integration, readiness and competitiveness are the foundations of the UAE Government’s new models of digital transformation, adding that the government’s digital transformation and readiness are key pillars of the directives of the UAE’s leadership to implement the 10 principles of the Principles of the 50 and the pillars of the “We the UAE 2031” vision launched by Highness Sheikh Mohammed bin Rashid Al Maktoum, Vice President, Prime Minister and Ruler of Dubai, during the UAE Government’s meetings held this year.

The committee’s members discussed the 10 projects aimed at achieving leadership in digital services, to facilitate the lives of people and support the government’s digital integration, readiness and competitiveness,

The UAE Cabinet, chaired by His Highness Sheikh Mohammed bin Rashid, approved the formation of the Higher Committee for Government Digital Transformation, headed by Al Roumi and Al Olama, to supervise the governance and development of digital systems used for government services and business operations, as well as to enhance readiness, competitiveness, flexibility and digital harmonisation between projects and digital systems used by federal entities, and raise the efficiency of relevant digital infrastructure and assets.