Home » Rashid rover: Everything you need to know about UAE’s Moon mission 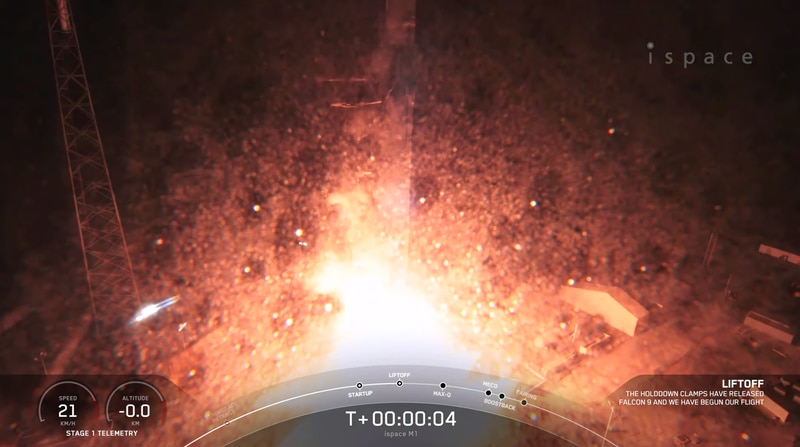 In a first for the Arab world, the 10kg explorer will travel aboard a Japanese lander on a US carrier rocket

The launch of the Emirati-built Rashid rover will help to pave the way for the UAE’s long-term Moon exploration programme.

The first lunar spacecraft built by an Arab country is set to blast off from a spaceport in Florida on Sunday.

As anticipation builds for this landmark mission, The National looks at what we know about the Rashid rover.

Who built the Rashid rover?

The four-wheel rover, weighing only 10 kilograms, has been built by engineers from the Mohammed bin Rashid Space Centre.

A core team of 11 are behind the mission’s development and have been working on it since 2017.

They hope the rover will land on the Moon’s near side, the one that faces the Earth, to study an unexplored region.

The rover is named in honour of the late Sheikh Rashid Al Saeed, the former Ruler of Dubai and the father of Sheikh Mohammed bin Rashid, Vice President and Ruler of Dubai.

When is it launching?

The UAE’s Rashid lunar rover is geared up for launch on Sunday after two previous attempts late last month were postponed due to technical issues.

The launch is scheduled for 11.38am, UAE time, from Cape Canaveral, Florida.

How will it travel to the Moon and land on the surface?

The rover is hitching a ride on the Hakuto-R Mission 1 lander, built by Japanese company ispace. This is also ispace’s first lunar mission.

A lander is a type of spacecraft that can touch down on a planetary surface. It is equipped with a propulsion and navigation system that allows it to power through space and land safely with its cargo.

Rashid was integrated into the lander last month and together the package was expected to be shipped to the launch site at that time.

From there, the lander will make its three-month journey to the Moon, with the rover safely stored inside.

The goal is to land in the Atlas crater in the Mare Frigoris site, located in the far-north of the Moon’s near side.

If it manages to soft-land on the lunar surface, the lander will set Rashid down on a ramp. They will then communicate by wireless, in the same way mission control monitors the spacecraft and its payload on its journey to the Moon and on the surface.

What will Rashid do there?

Mohammed bin Rashid Space Centre says that this is a science mission.

The rover will study the properties of lunar soil, the petrography and geology of the Moon, dust movement, and study surface plasma conditions and the Moon’s photoelectron sheath.

Lunar dust, or regolith, is one of the main challenges astronauts face on the Moon.

It was during the Apollo missions that scientists learnt how lunar dust stuck to spacesuits, causing erosion and operational problems.

With space agencies determined to send human beings to the Moon again, razor-sharp lunar dust particles remain a concern as they stick to nearly everything.

The Rashid rover is designed to address this problem with an experiment that will test different materials against the dust.

Called the material adhesive experiment, a variety of test samples would be attached to the rover’s wheels.

In addition, mission control in Dubai is also expecting to receive thousands of images from the rover.

The French space agency has supplied two cameras to the rover. One is placed on top for panoramic images of the robot’s surroundings. The other one is a rear camera that would capture images as the lander throws up regolith behind it.

How long will it ‘stay alive’ for?

The mission will last one lunar day, or 14 Earth days.

The team also hopes the rover can survive the lunar night, also 14 days, when temperatures plunge to -183°C.

Will there be more Moon missions by the UAE?

It is already working on Rashid 2. China will help to launch the rover on its Chang’e-7 lunar south pole mission in 2026.