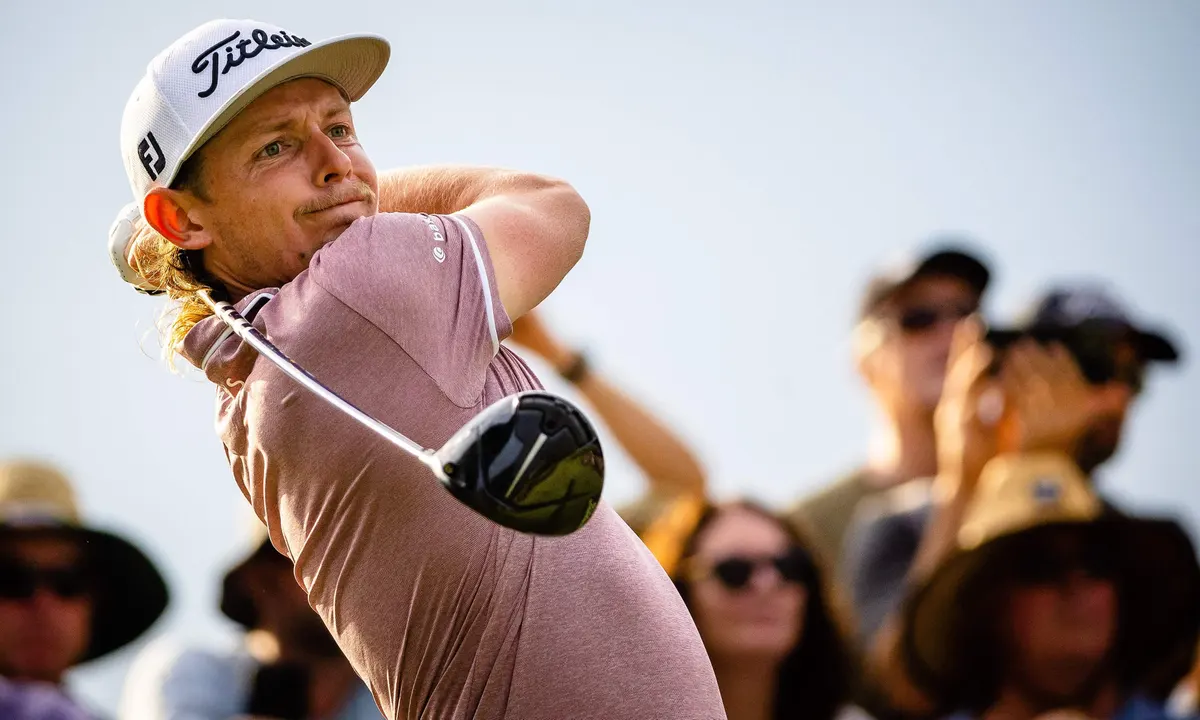 After ﻿securing his third Australian PGA Championship on Sunday, an emotional Cameron Smith paid tribute to his grandmother, Carol Smith, who has been battling cancer.

Remarkably, Carol had just undergone a second round of chemotherapy but followed her grandson through all four rounds as a spectator at his home tournament at Royal Queensland.

Fighting back tears, Smith admitted the strength of his grandmother inspired his final round recovery as he survived a scare from charging countryman Jason Scrivener and fast finisher Ryo Hisatsune of Japan.

“I can’t believe she did it,” Smith said of Carol walking beside him.

“Everyone at the start of the week was telling her to pace herself.

“It’s pretty amazing and definitely inspiring. I don’t know how she did it.”

In his victory speech, Smith added that the day doubled as his father Des’ birthday.

“When I got back tied [after a bogey on the 11th hole] I really wanted to do it for those two,” he said.

The world No.3 came into the final day with a three-shot lead but made an awkward bogey on the 11th to reduce his buffer.

Scrivener and Hisatsune soon threatened – briefly sharing a three-way tie for the lead at 11-under.

However, Smith responded with a birdie at the 12th to regain the outright lead, before further birdies at the 13th and 16th sealed the win.﻿

Playing Down Under for the first time in three years, the Aussie cult figure had the crowd enchanted.

“It’s been awesome. The reception from everyone has been outstanding and then guys I look up to on the footy field are asking me for a beer or game of golf … It’s pretty cool,” he said.

The victory marked the fifth win of the year for the 29-year-old – whose biggest triumph remains his British Open title – in building one of the most prolific seasons ever by an Australian.