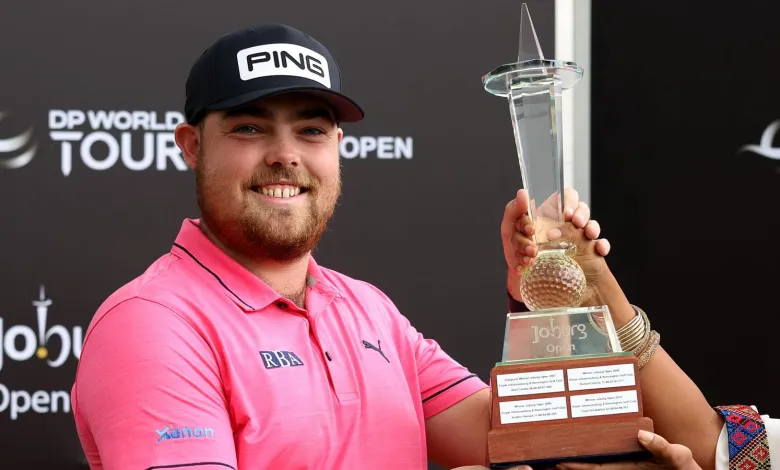 England’s Dan Bradbury completed a fairytale victory with success in the Joburg Open, the opening event of the 2022-2023 DP World Tour season.

The 23-year-old from Wakefield was playing thanks to a sponsor invitation in only his third professional start.

But he made the most of his opportunity, winning by three shots to earn a spot at next year’s Open at the Royal Liverpool Golf Club in Hoylake.

“It is going to take a few days for this victory to sink in,” he said.

“What I have achieved is unbelievable. It’s just a lot of pressure taken off your back – that’s nice, and the victory was all the more special because my mother was here to witness it.”

Bradbury, who earned a winner’s cheque of $165,000 (£136,500) and a two-year Tour exemption, finished on 21 under thanks to five birdies in his final round in Johannesburg, South Africa, although he bogeyed his last hole.

He held off the challenge of Finland’s Sami Valimaki, whose round of 69 was enough to secure second place on 18 under.

Bradbury was ahead after each round and was one shot clear of one-time European Tour winner Valimaki going into the final round before extending his advantage.

He had a nervous moment when the Finn holed a big putt at 15 to move within two strokes, but responded with a birdie two at the next to regain a three-shot advantage.