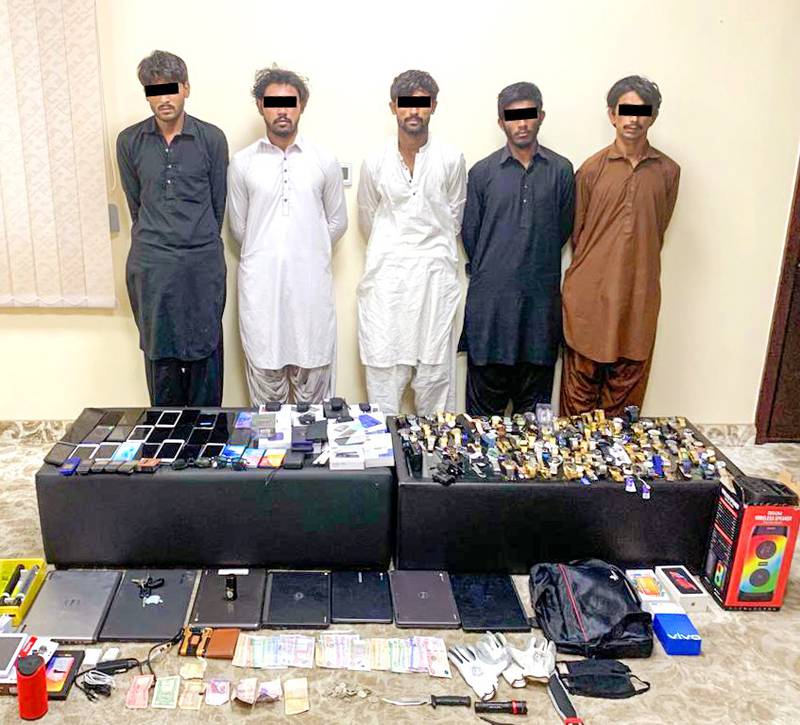 Five men have been arrested in connection with a spate of shop raids in Sharjah.

Police said electronic goods such as laptops and mobile phones were among the items stolen from supermarkets and phone shops in the emirate.

The dates of the thefts and the total value of goods stolen were not disclosed.

The men were found in possession of cash, laptops, mobile phones, tablets, watches and other items when arrested.

“During police questioning they admitted they came together to form a gang and stole light but expensive items,” Col Nasser said.

The case has been referred to prosecutors.

Col Nassar urged business owners to ensure they have safety measures in place to protect their property.

“They should connect their shops to a high-quality camera system, secure doors, do not leave large sums of cash inside their shops, and keep valuables in safe places so they are not vulnerable to theft,” he said.

Offenders found guilty of theft in the UAE can face prison sentences of up to seven years.