Home » Goodbye A380, is this the end of the super jumbo passenger plane? 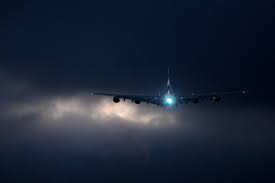 Did Hubris killed the super bird? Airline focused on appearence rather than retention of customers, services and price?

SINGAPORE: The pandemic has been difficult for airlines but especially brutal for superjumbo jets like the Airbus A380, hastening their demise.

Two weeks ago, CNA reported on two Singapore Airlines A380s being towed along a public road to eventually be taken apart and scrapped at the Changi Exhibition Centre.

Throughout the pandemic, there have been reports of airlines giving up on the model because the passenger traffic is simply not there to justify its continued use.

Singapore Airlines, the launch customer, and Emirates, which operated the largest fleet of A380, also seem to be moving to other models though they might continue to use small numbers of the aircraft for selected routes.

Recently, SIA announced it will use the A380 on a non-stop return service between Singapore and London but added it will deploy these planes on an “ad-hoc” basis.

But things are not looking good. Airbus, which was struggling to keep the A380 production going without making losses, finally threw in the towel by shipping the last A380 fuselage in June 2020 and discontinued production less than two decades after starting it.

So, what does this mean for the key stakeholders?

A LUXURY THAT COULDN’T MEET EXPECTATIONS

The A380 was initially conceived to fill a gap in Airbus’ line-up and challenge the Boeing 747.

As recently as 2018, an Airbus spokesperson said: “The A380 is here to stay, and it is the aircraft for the future. With passenger traffic doubling every 15 years, the A380 is the solution for sustainable growth. It can help to de-congest airports on the growing number of high-volume, high-traffic and heavily-travelled routes, many of which are in the Asia Pacific region.”

Airbus clearly believed that a viable niche existed for the A380 despite its own prediction in its 2017 published forecast that a majority of the aircraft delivered between 2017 and 2036 would be single-aisle aircraft.

Less than three years later, it is apparent the A380 was an expensive mistake and the company will never recoup the money it spent in developing the plane.

The idea for a freighter version of the A380 also never took off after the passenger version suffered delays.

For customers, the A380 promised much when it was launched. Aided by airline marketing campaigns, passengers on the first few flights of the A380 basked in the aura of exclusivity, regardless of the class they were travelling in. But this was unlikely to last.

The rare double decker configuration gave premium customers an enhanced perception of exclusivity. Although Airbus’ early marketing had touted the possibility of duty-free shops, restaurant-like dining, gyms, casinos and beauty parlours on board, most of these were never implemented by airlines.

Though Singapore put in the double beds and Emirates added shower spas on their A380s, it was quite likely that prices were too high, hampering consistent load factors and negatively impacting economic feasibility.

Interestingly, SIA’s A350 and 787 which form the bulk of its current fleet don’t have the suites, hinting at troubles in filling up those expensive seats. The A380’s expensive price tag, initially listed at US$445 million, versus the much better selling sibling A350-1000 at US$366 million would probably further influence the economics negatively.

In other words, other than the feeling of exclusivity because of seating on a separate deck, the A380 did not offer any customers value in terms of reduced travel times or cheaper fares.

Yet for Singapore Airlines and Emirates, both premium carriers with a history of offering customers novel experiences, the A380 offered a valuable marketing opportunity.

That these two airlines operated a few routes with high traffic density, for instance, Singapore-London and Dubai-London, increased the attractiveness of the model to the airlines.

Their decisions were probably also swayed by incentives offered by Airbus to adopt the new model, which would impact the economic feasibility of using these models. SIA for instance was reported to have paid US$2.5 billion for its first order of 10 380-800.

Possibly because of its larger order size, Emirates was reported to have paid a lower price at US$234 million per plane.

The economic case for deploying the A380 on selected routes was undermined even before the COVID-19 crisis.

The A380 was more expensive to operate, especially versus new models such as the Boeing 787-9 which offers roughly half the hourly operating costs of A380.

With increasing deregulation of air traffic over the years allowing more frequent flights, the incentive for airlines to use the A380 became even lower as they could simply fly more planes, which was a better strategy than operating the A380 with a large capacity that risks more empty seats.

COVID-19 will likely cast a long shadow on the usage of A380. High density and the sheer number of seats to be filled, necessary for the cost-effective use of the A380, will likely be shunned by the passengers, because of health and cost, and airlines, because of the logistical challenges, for the foreseeable future.

The premium traffic is also likely to take a hit for some time yet as business travellers substitute some of their travel with video conferencing.

Airlines such as Singapore and Emirates may have escape routes, especially if they have leased their A380 planes. They may simply not renew their leases. Lufthansa was lucky to sell six of its A380s in 2019, before the eruption of the COVID-19 pandemic. The lessors may be big losers as the market for used A380s may be weak or non-existent.

In February 2019, Emirates’ cancellation of its order of 39 A380s was the proverbial last straw that broke the back of the A380 production. A raft of other airlines Air France, Virgin Atlantic, and Qantas also cancelled orders in 2018 and 2019.

What about customers? Some may feel nostalgic about the A380 and the experience it could offer.

But, even with nostalgia, it would be good to remember that some of the possibilities with the A380 never came to fruition because airlines never offered them.

Devastated by the pandemic, premium passengers should count their blessings if they continue to receive similar services and luxuries as before, let alone services such as showers, double beds or gyms, from pandemic-hobbled airlines in the near future.

Expecting anything more could be futile.