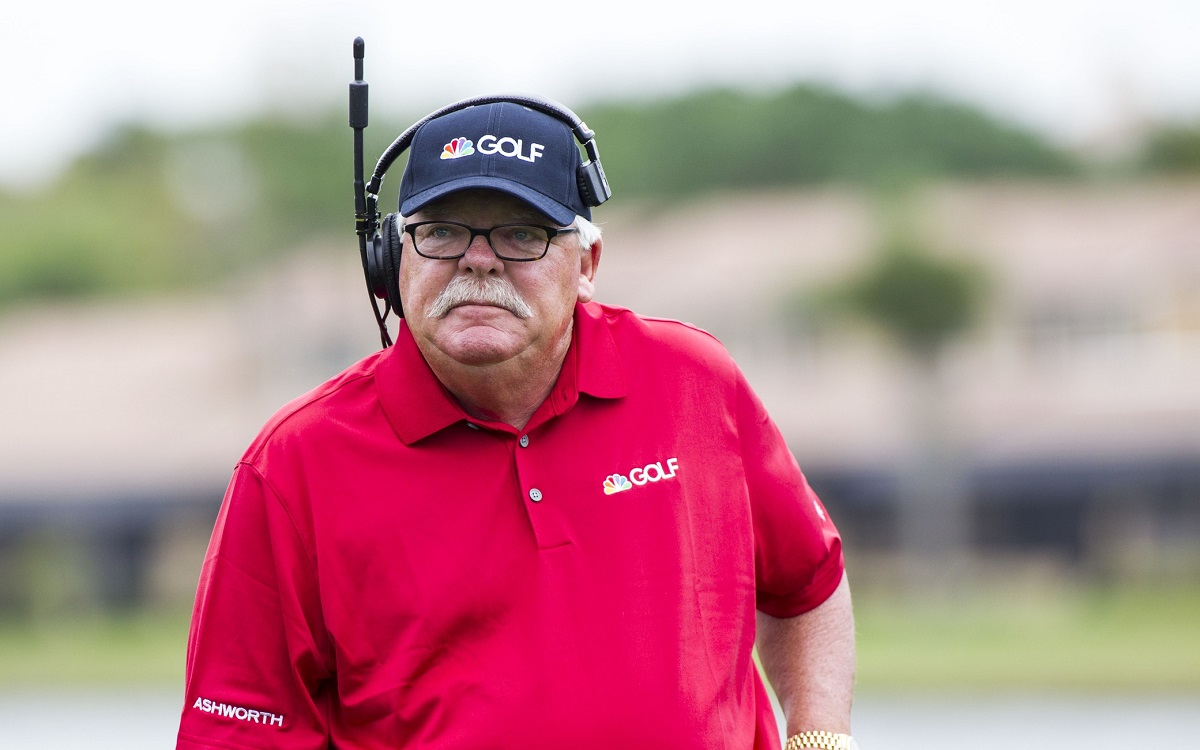 They’re starting to sound different, too.

First, CBS Sports, in 2019, ousted two of its most familiar voices, on-course reporters Gary McCord and Peter Kostis. Then, earlier this year, Nick Faldo retired from the lead analyst chair at CBS. And now, NBC has made a move, declining to renew its deals for 2023 with two of its stalwarts, Roger Maltbie, who is 71, and Gary Koch, 69.

News of Maltbie and Koch’s dismissals came more than a week ago, but earlier this week on McCord and Drew Stoltz’s SiriusXM PGA Tour Radio show, Maltbie shed more light on his departure from a post that he held for more than three decades.

“It wasn’t a shock,” Maltbie said.

Indeed, back in 2021 it was unclear whether Maltbie would be on the broadcast team for ’22. Maltbie himself thought his days with NBC were numbered. But when Jim “Bones” Mackay decided to return to caddying in late ‘21, NBC re-upped Maltbie for a one-year deal. No such offer came for ’23.

“Does it hurt when you hear the words? Sure. ‘You’re not in our plans,’” Maltbie told McCord and Stoltz. “Thirty-one years I spent with NBC. ‘You’re no longer in our plans and you’re not part of our future. We need to go young,’ which is a nice way of saying, ‘You’re old,’ and I understand all that. But, you know, there’s hurt feelings and there’s also a lot of gratitude. They were great to me for 31 years. I don’t have a complaint.”

A push to get younger is also what Kostis speculated was the reason CBS bounced him and McCord. Speaking with No Laying Up in 2020, he said: “I think the Tour was looking, as I was told, they wanted the announcing crew to get younger so younger players could be able to relate to the announcers and vice versa. I don’t agree with that in any way shape or form, but I think that was the initial catalyst for everything.”

Maltbie said he wasn’t ready to hang up his mic but admitted that his relationship with players has evolved over the years. For perspective, when Maltbie won his last of five PGA Tour titles, in 1985, Rory McIlroy wasn’t born another four years.

“I would have liked to have kept going, but it’s a funny thing the phases your career goes through over the course of 31 years,” Maltbie said. “When I first started, hell, I knew every player. I was a player still. I was one of them and I was doing TV. I knew the names of their wives and the names of your kids and competed with and against them. There was a real familiarity. Then you go through a period where they know who you are and they know you played and so on and so forth, and then you meet a new bunch of young kids and you go on and then the later years, most of those kids don’t even know I played golf for a living, really to be honest with you. There’s a timespan to everything.”

So, what now? Maltbie said it’s possible he could transition into calling PGA Tour Champions events for NBC/Golf Channel. When asked if he might consider following in the footsteps of David Feherty and Jerry Foltz and pick up a mic for LIV Golf, Maltbie said: “I guess at this age, at 71, you never say never, but that would shock me beyond belief. Greg Norman and I had sort of a spat you might call it years back, and I doubt that I would get a call from LIV, let’s put it that way.”

Maltbie added that should the opportunity avail itself he would not feel conflicted about taking money from the Saudi-backed organization.

“This LIV thing, it’s kind of crazy,” he said. “There’s so much hypocrisy involved in it. I don’t begrudge any player that accepted that money or decided to do that. That’s still a decision that is 1,000 percent their right. I don’t like the idea that they think they could do that and play the PGA Tour. I don’t follow that, but I’m not upset with it.

“There are people that have this moral outrage about accepting money from the Saudi Investment Fund, and it’s like, really? All the business that our government does with Saudi Arabia, and the largest corporations in America, so many of them do some business with the Saudis. Why all of a sudden are golfers the moral compass of the world? I don’t understand that. So I have no problem with those guys taking that money.”

NBC/Golf Channel will pay tribute to Maltbie and Koch’s careers during its PNC Championship coverage next month. No word yet from the network on who will replace them.