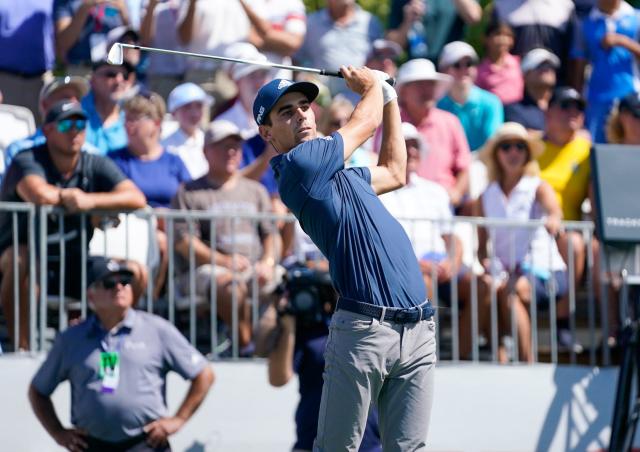 The upstart league financed by Saudi Arabia’s Public Investment Fund is adding Cameron Smith, the No. 2 player in the world and reigning Open champion, plus three area players among seven more golfers who are defecting from the PGA Tour, according to Sports Illustrated and the Golf Channel.

Smith, Niemann and Pereira will give up their spots on the International team in the Presidents Cup. All were among the top eight qualifiers for the team that will be captained by Trevor Immelman. The PGA Tour has indefinitely suspended any golfer who joins LIV, and that includes the tour-run Presidents Cup, which will be held Sept. 22-25 at Quail Hollow Club in Charlotte, North Carolina.

Rumors of Smith, 28, joining LIV have circulated for many weeks. He will be the highest-ranked golfer in LIV’s field and, according to reports, will join LIV’s $100 million club. That group includes Phil Mickelson, Jupiter’s Dustin Johnson, Bryson DeChambeau and Jupiter’s Brooks Koepka. Mickelson reportedly is the highest-paid LIV Golfer at $200 million.

Smith had a testy exchange with reporters following his Open win at St. Andrews as rumors escalated he was leaving the Tour.

“I just won the British Open, and you’re asking about that,” the Aussie said. “I think that’s pretty not that good. I don’t know, mate. My team around me worries about all that stuff. I’m here to win golf tournaments.”

Smith was putting off his announcement until after the PGA Tour season, which concludes this weekend with the last of three playoff events, the Tour Championship at East Lake in Atlanta. Smith entered the FedExCup playoffs No. 2 in the standings behind Scottie Scheffler.

Smith was asked about joining LIV again two weeks ago at the first playoff event in Memphis.

“I have no comment to that,” he said. “I’m here to play the FedExCup Playoffs. That’s been my focus the last week and a half, that’s what I’m here to do.”

Niemann, 18th in the World Golf Rankings, advanced to the Tour Championship. He won his second tour event this year at the Genesis Invitational and has five top 10’s in 23 starts this season.

Niemann, 23, advanced to the Tour Championship by being ranked No. 19 after the first two events of the playoff.

Nieman and Pereira, ranked 50th, are close friends who grew up together in Chile. Pereira, 27, has not won on the tour but came close at the PGA Championship at Southern Hills, squandering the lead on the 72nd hole when his tee shot landed in a narrow creek. Needing a bogey to get into a playoff with Justin Thomas and Will Zalatoris, his third shot landed in the rough and he was unable to get up and down. Pereira finished tied for third, one shot behind the leaders. Thomas won the playoff.

After finishing tied for seventh and tied for 13th in his next two events, Pereira missed four cuts in a row. He qualified for the playoffs by finishing 38th in the FedExCup standings. He failed to make the final round of the playoff.

Lahiri has 18 international victories. He has been runner-up twice in 165 tour starts, including the 2022 Players where he finished one shot behind Smith. Lahiri, 35, is ranked 93rd.

Hall of Famer Greg Norman of Palm Beach Gardens runs LIV Golf. The league has five events left on this year’s scheduled, including the finale Oct. 27-30 at Trump National Doral. The league is expanding to 14 events next season.