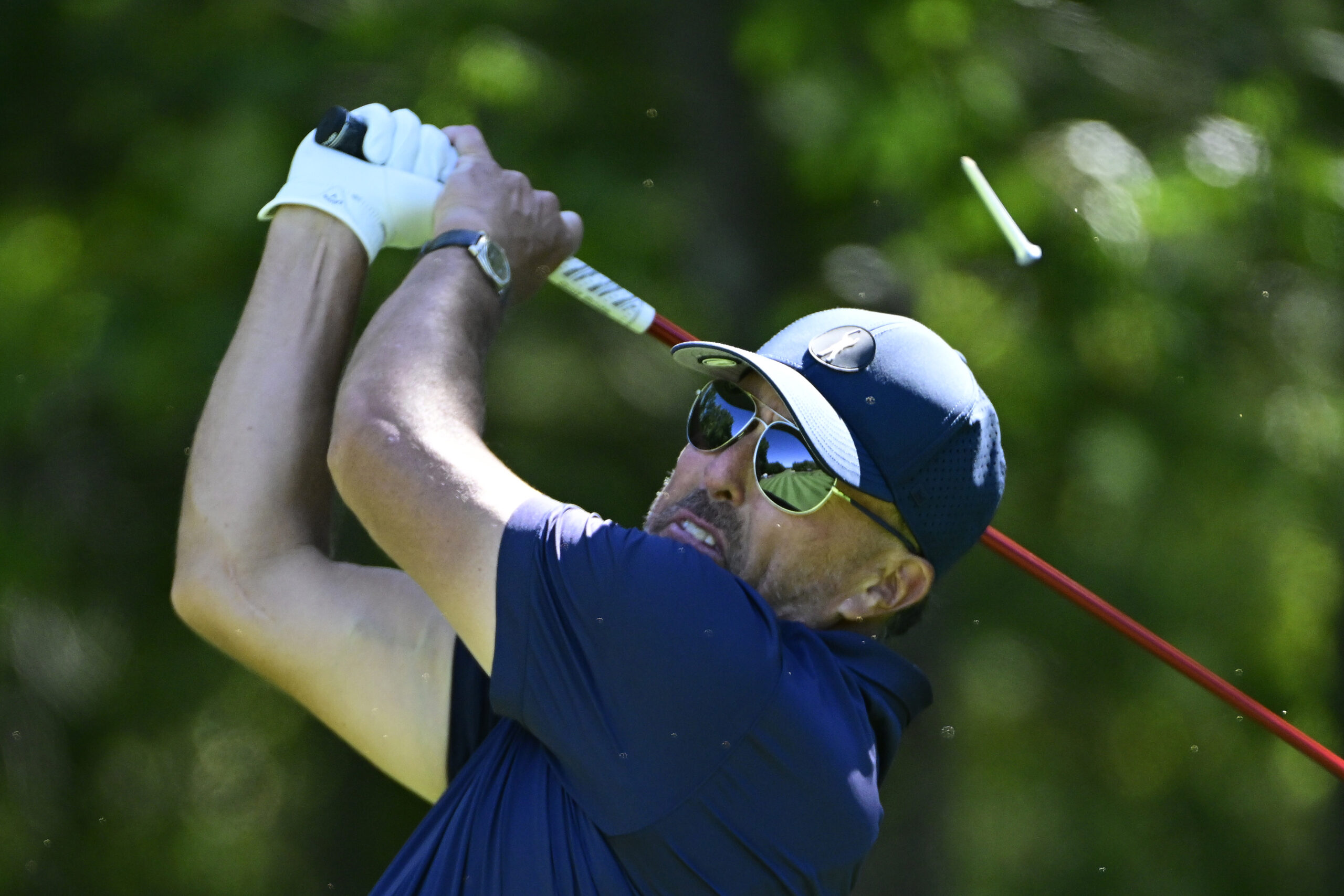 It’s as if America’s most notorious traitor had successfully surrendered West Point, the British had retained the Colonies, but Benedict Arnold still had to move to Canada.

Phil Mickelson complained for years that the PGA Tour’s top players (like himself) weren’t receiving enough of the revenue they, as top players, generated. His argument centered on control of media rights, and while his arguments were factually flawed and, statistically, often wildly inaccurate, his point was sound: As with most other sports, the best golfers who drive a disproportionate amount of the revenue should receive amore disproportionate amount of the profit, and should not have to kill everything they eat. As in the four major sports, there should be hefty guarantees. That wasn’t happening.

Now, to some degree, thanks at least partly to Mickelson, it is.

Mickelson has ruined his legacy thanks to his admissions to a biographer that surfaced in February. Mickelson said he hoped to use the bloodstained, Saudi-backed LIV Golf tour, which had yet to fully form, as “leverage” to force the Tour to better recompense the PGA Tour’s stars. This public relations blunder forced Mickelson into a $200 million exile. His departure spurred a bonus-fueled exodus of some of the Tour’s top names — Dustin Johnson ($125 million), Brooks Koepka ($100 million), Bryson DeChambeau ($125 million) — as well as a host of has-beens and never-weres, such as Kevin Na and Pat Perez.

The Tour excommunicated the heretics.

To forestall further departures, the Tour announced this week that they would give players a measure of what Mickelson wanted all along: massive increases in tournament purses and guaranteed money for the most popular players as measured by the “Player Impact Program,” which already existed but whose bonus pool doubled, to $100 million.

At the season finale Tour Championship, commissioner Jay Monahan announced total money in 2022-23 will hit almost $430 million, an increase of nearly $50 million — a total that approximately matches this year’s LIV prize pool, independent of players’ bonuses. A total of 12 “elevated” PGA Tour events will carry purses of $20 million and The Players Championship will have a $25 million purse. The first seven LIV exhibitions in 2022 carry $25 million purses, with a $50 million finale.

As a side note, no player who plays in at least 15 Tour events will take home less than $500,000, no matter how badly he plays. That, for example, would double the 2022 take-home pay of “Two Gloves” Tommy Gainey, whose success on a golf reality TV show brought him more fame than golf ever brought him fortune. Non-exempt players ranked 126th through 150th will get $5,000 per tournament, even if they miss the cut, and the Tour will help those players with other expenses, too.

LIV Golf, with the crassness to be expected of an organization whose product has more in common with professional wrestling than professional golf, issued a smug statement: “LIV Golf is clearly the best thing that’s ever happened to help the careers of professional golfers.”

LIV is right about that, at least as far as finances are concerned.

LIV Golf chairman Greg Norman, who has routinely lied about issues surrounding his employers and the Tour, shot off a nose-thumbing Instagram post: “A day late and a dollar short.”

He’s wrong about that, but whatever. Golfers at the top of the food chain will feast, and those at the bottom can survive.

Not that Phil would care about the little guys. He was only looking out for the most impactful players. In other words, himself.

Mickelson has made his bed. Some of his LIV peers have sought re-inclusion on the PGA Tour through legal avenues. So far, those attempts have failed.

Mickelson, Mohammed bin Salman’s chief sportswasher, remains in golf exile, watching as at least some of his objectives are met. He wanted leverage. He got it, but at a dear, dear price.

There’s no question that Harper is the best player on the team — but, for the first time in more than a decade, the Phillies have fielded a true team.

Careful how you schadenfreude.

The Dallas Cowboys on Wednesday lost left tackle Tyron Smith to a knee and hamstring injury that almost certainly will cost Smith his entire 12th NFL season. He’s made the Pro Bowl in eight of the last nine seasons; a neck injury cost him 14 games in 2020.

Combined with the departures of receiver Amari Cooper and right tackle La’el Collins, both salary-cap casualties; the diminishing skills of running back Ezekiel Elliott, who counts more than $18 million against the salary cap; and the Cowboys’ specious defense, there’s little real hope that the team can repeat its 12-win performance from 2021.

All of which means the NFC East title should be very much in play for the Eagles.

But perhaps Eagles fans shouldn’t be too pleased over Dallas’ misfortune and mismanagement.

After all, more than anything, it was a decimated offensive line that sabotaged the 2012 Eagles, even with Juan Castillo as defensive coordinator. A team that featured DeSean Jackson, LeSean McCoy, Jeremy Maclin, and Michael Vick went 4-12 and ended Andy Reid’s tenure as Eagles coach. The Chiefs have been to two Super Bowls and have made the payoffs in eight of nine seasons with Big Red.