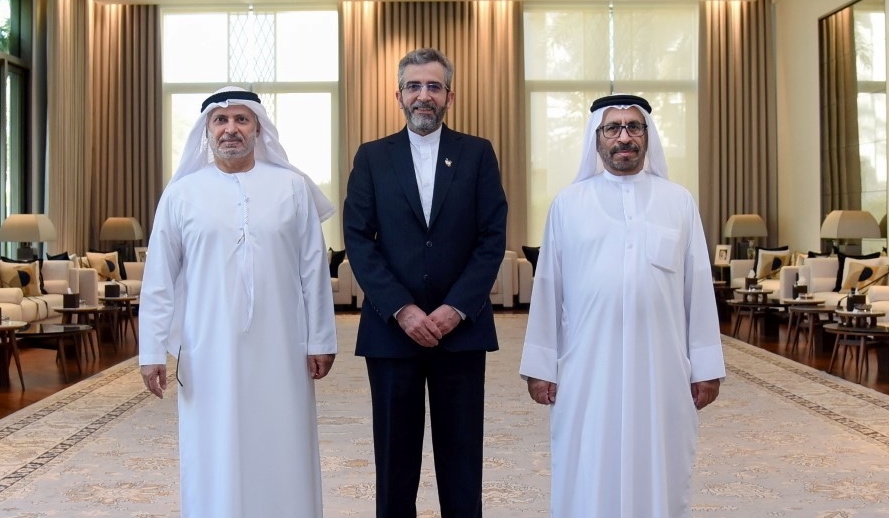 A renewed agreement will ensure stronger ties in some areas, while setting into motion new challenges elsewhere.

A potential revival of the Iran nuclear accord is likely to test the sustainability of Middle Eastern efforts to dial down tensions and manage differences by improving diplomatic relations and fostering economic cooperation.

In the latest fence mending, two Gulf states, Kuwait and the United Arab Emirates announced their ambassadors’ return to Tehran.

The two countries, together with Saudi Arabia, withdrew their envoys in 2016 after rioters protesting the execution of a Shiite cleric in the kingdom ransacked the Saudi embassy in the Iranian capital.

For its part, Saudi Arabia is engaged in a round of Iraqi-mediated talks with Iran focused on security issues, including an end to the war in Yemen, where Iran supports Houthi rebels.

The Gulf’s latest outreach to Iran comes on the heels of two years of regional diplomacy that produced UAE, Bahraini, Moroccan, and Sudanese recognition of Israel; greater Saudi openness towards the Jewish state; improved Saudi, Emirati, and Egyptian relations with Turkey; and most recently, restoration of diplomatic relations between Turkey and Israel.

Laudable as that may be, much of the endeavour to manage disputes is built on thin ice. It assumes that improved communication, economic interest, and a regional concern that armed conflict could prove devastating will reduce differences or even help resolve disputes in the longer term.

Moreover, the endeavour was in response to major powers-the United States, China, and Russia – making clear in recent years that they expected Middle Eastern players to take greater responsibility for managing regional conflict, reducing tensions, and their defense.

The Gulf states, alongside the United States and Europe, further hope that a dialling down of tensions will challenge Iran’s regional alliances like in Iraq, where they are betting on the campaign by populist Islamic scholar Muqtada al-Sadr, a leading Shiite powerbroker, to counter Iranian influence in Iraq.

Even so, the rivalry between various regional powers continues more subtly. For example, competition for regional influence drove the battle between Turkey and Qatar on the one hand, and the UAE, on the other, for the contract to manage Kabul’s international airport.

The rivalry was the subtext of a recent visit to Greece by Saudi Crown Prince Mohammed bin Salman, who earlier had visited Turkey, and Israel’s sale to Cyprus of its Iron Dome air defence system at a time when Turkish-Greek-Cypriot tensions in the Eastern Mediterranean threaten to heat up again.

There is little doubt that the system would serve as a defence against Turkey, which has had troops in the breakaway Turkish Cypriot republic since it invaded the island 38 years ago.

Turkey has also insisted that relations with Israel would not dampen its support for the Palestinians, a festering problem that repeatedly erupts into violence at the expense of innocent civilians and resonates in Turkish and Arab public opinion.

Add to this that Turkey may see its hopes dashed of finding common ground in curtailing Kurdish aspirations in northern Syria with President Bashar al-Assad, whose demise Turkey has demanded for the past decade.

Finally, when it comes to Turkey, a potential rift in NATO if Turkey renews its opposition to Swedish and Finnish membership could impact the country’s regional calculations.

Turkey has demanded the extradition by the two Nordic countries of scores of ethnic Kurds and followers of exiled cleric Fethullah Gulen, some of whom are Swedish nationals.

To be sure, a revival of an admittedly problematic and flawed Iran nuclear accord is better than a failure of the negotiations involving the United States, the European Union, Britain, France, Germany, China, and Russia.

Even so, a revival of the accord is unlikely to reshape the regional environment given that in the words of analyst Trita Parsi, “the current US and Iranian political leaderships…have few domestic incentives to move beyond their shared enmity.”

Mr. Parsi added that “still, both sides can take steps to address these concerns and make the deal more durable. If they do not, even this historic breakthrough could be merely a precursor to an even more dangerous crisis.”

As a result, a revival could be as much a regional stabiliser as a regional destabiliser.

A revival of the nuclear agreement would return Iranian oil to world markets and compensate for the loss of sanctioned Russian crude. As a result, it would likely spark a drop in oil prices and weaken the Saudi-Russian grip on pricing.

In the ultimate analysis, Saudi Arabia may see this as a price it must pay for averting a regional conflagration in the absence of a nuclear deal.

Nevertheless, in talks in Washington in the last week, senior Israeli officials, including Defence Minister Benny Gantz and National Security Advisor Eyal Hulata, made their objections to the agreement clear.

Israeli officials said they had found a sympathetic hearing in Washington, including their demand that the United States develop a military option if all other efforts fail to prevent Iran producing a nuclear weapon.

The United States struck twice in recent days against Iranian-backed forces in Syria in response to attacks on a US base in the country. Analysts suggested the attacks were retaliation for Israeli strikes against Iranian targets in Syria.

Israel has insisted that it retains the right to strike Iranian nuclear facilities on its own, a move that could spark a regional war. Moreover, even if it decides not to do so, Israel’s covert war against Iranian targets in Iran itself as well as in Syria risks armed confrontation with Iranian-backed groups, including the Islamic Republic’s foremost non-state ally Hezbollah, the Lebanese Shiite militia.

Confrontation with Hezbollah could erupt not only because of Iran but also because the group is threatening to attack Israeli drilling platforms in the Mediterranean if a final agreement is not reached in US-mediated talks to draw the Israel-Lebanon maritime border.

Adding to the uncertainty is the possibility of a return to office of former Israeli prime minister Benyamin Netanyahu following elections in November. Mr. Netanyahu was a driving force behind Mr. Trump’s withdrawal from the nuclear agreement and his failed maximum pressure strategy.

Like the Gulf states, Israel argues that the agreement would allow Iran to increase its support for allied militant groups in Lebanon, Iraq, and Yemen and does nothing to curb the Islamic republic’s ballistic missiles program. Neither issue was part of the original deal.

Israel and the Gulf states are further concerned that the deal has a remaining shelf life of at best three years, at which point Iran would be free to do as it likes unless a follow-up deal can be negotiated.

Moreover, Iran will likely continue to be a nuclear threshold state with or without a revival of the nuclear agreement, raising the spectre of a nuclear arms race in the Middle East, with countries like Saudi Arabia and Turkey seeking to match Iranian capabilities. So far, albeit undeclared, Israel is the region’s only nuclear power.

The risk of an arms race was enhanced by the blocking this week by Russia of agreement on the final document of a review of the 50-year-old Nuclear Nonproliferation Treaty (NPT), to which Israel is not a signatory. The document called for the first time without apparent objection for a nuclear-free zone in the Middle East.

Russia blocked the agreement because it was critical of the takeover by invading Russian troops of Ukraine’s Zaporizhzhia nuclear plant, Europe’s largest.Said political scientist Paul Rogers: What appears to be stable, although unjust, is more fragile when you take a closer look. As the Leonard Cohen song, ‘Anthem’, puts it: ‘There is a crack in everything. That’s how the light gets in.’