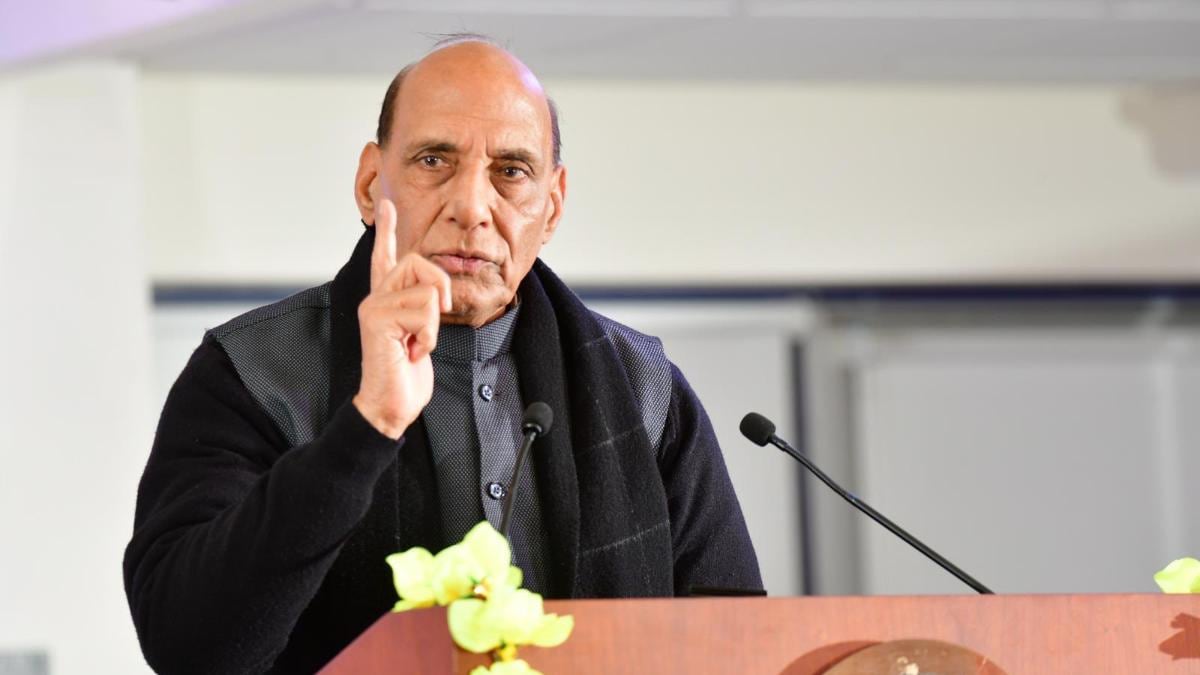 Any form of terrorism, including cross-border terrorism, is a crime against humanity and the menace must be dealt with unitedly, Defence Minister Rajnath Singh said on Wednesday at a conclave of the Shanghai Cooperation Organisation (SCO) in Tashkent.

In his address, Singh also reaffirmed India’s resolve to fight all forms of terrorism and make the region peaceful, secure and stable.

“Terrorism is one of the most serious challenges to global peace and security. India reiterates its resolve to fight all forms of terrorism and make the region peaceful, secure and stable,” he said.

“We seek to develop joint institutional capabilities with the SCO member states, which, while respecting the sensitivities of each country, create the spirit of cooperation among individuals, societies and nations,” he added.

Singh asserted that terrorism in any form, including cross-border terrorism, committed by anyone and for whatever purpose, is a crime against humanity, seen as an oblique reference to Pakistan.

China and Pakistan are among the member states of the SCO.

The defence minister also voiced India’s full support for a peaceful, secure and stable Afghanistan, while highlighting the need for respecting its sovereignty, independence, territorial integrity, national unity and non-interference in internal affairs.

He urged all parties to encourage authorities in Afghanistan to achieve national reconciliation through dialogue and negotiation and establish a broad-based, inclusive and representative political structure in the country.

The defence minister also underlined the importance of United Nations Security Council (UNSC) resolutions in this regard.

Singh also added that the Afghan territory must not be used to intimidate or attack any country by providing safe havens and training to terrorists and supporting their activities through financial assistance.

He stressed the need to provide urgent humanitarian assistance to the people of Afghanistan and safeguard their fundamental rights.

Expressing India’s concern on the situation in Ukraine, Singh stated that New Delhi supports talks between Russia and Ukraine to resolve the crisis.

“India is concerned about the humanitarian crisis in-and-around Ukraine. We have extended our support for the efforts of the UN Secretary-General, UN agencies and International Committee of the Red Cross (ICRC) to provide humanitarian assistance,” he added.

During the exchange of pleasantries with Russian Defence Minister Sergey Shoigu this morning, Singh conveyed his “deep appreciation” and thanks for arresting in Moscow a terrorist who was planning attacks in India.