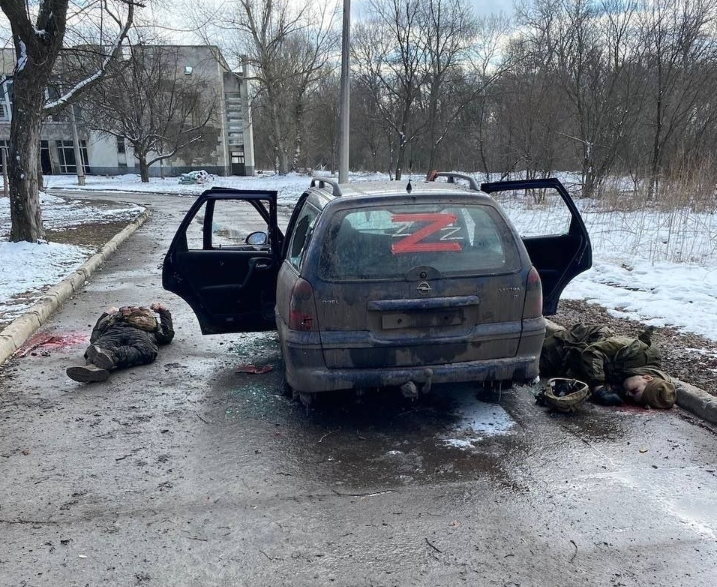 Berlin (10/3-45.45). The Ukrainian National Defense forces in suprise are holding the line in a surprise to most of the experts. Although the situation is grim and losses are increasingly reported by social and main stream media the Russian invaders are not performing as President Vladimir Putin and his inner circle expected.

Repeated assassination attempts against the charasmetic leader of the “Rebels in Kiev” by the “Empire” in the Kremling failed and critical voices inside Russia surface in greater number in the public spaces. Russia today is not the Soviet Union but plain authoritarian. It will be a contest of a battles of the will.

Regardless, Europe is at war. And as always the “experts” are flooding the social media space. I spoke with some experts on the situation in the Ukraine and was mauled.

“If anyone claims he is an expert on Russia, immediately walk away as they all got it wrong”, said an former foreign service officer who served in Russia during the days of the collapse of the Soviet Union in 1991. “If Afghanistan, Al Qaeda, Libya and now Russia is not a bad example enough the media, and the various latte slurping governments have not learned it the hard way that most of the analysts and academic experts gotten it wrong”.

“Oddly enough the grumpy voices in the wilderness, critical of foreign policy often got it right”, he added. “Russian intentions were known, the intelligence was actually accurate, the OSINT people not only demostrated the accuracy in word, video and pictures, but the so called, professional intelligence people, snared at them in Europe.” But, so he added, these voices were spot on.

The war against the Ukraine, nicknamed the tik-tok war, it is nevertheless a clear threat to the state order. The consequence of the war in Europe is deeper than the civil war in Yugoslavia or even Afghanistan.

The sudden U.S. withdrawal likely contributed to the miscalculations of the Russians and signalled a shift for Russian and Chinese.

“A few things we cannot overlooked and were largely ignored. Putin’s New Years address in which he said, ‘Russia cannot be defeated’, was a clear message. He will go to any extend to protect the honour of the motherland. So bleeding the Russian army in a grinding war of attrition with lots of bodybags will undermine his presidency. Not sanctions.”

We are in the Years of heroes and tears, he added. “Many young men and woman will pay for the price of flawed policies on both sides”.

The Kiev Rebels Strike Back!

Despite considerable losses by the Ukrainian army, small successes surfacing in the social media. Mixed with peppy songs Putin’s invasion is payback time. Much is at stake for the Ukraine, Europe and the stability of world order. The danger of drifting into a global war is present. China is watching and with the U.S. not committing to the fight in Europe it is a test for the European security model to defend its own.

Rejected, laughed at, and mocked by the Democrats in the U.S. and the liberal Europeans, Germans leading the way, U.S. policies under President Trump showed the limited strategic depth of European political thought. The Russian invasion of the Ukraine left zero room for misinterpretation of Great Power politics are back and the Germans, and the rest of the EU, better gets their act together. The Russian threat to Europe is real.

Much at the dislike of the European, particular German left, todays reality hit Europe. The German economy is now gearing up for a war mobilization in investing in tanks, men and materiale. The political elite is in lock step behind the social democratic leader and his greenie junior partner.

But decades of lack of investing military modernization and trying to turn the army into some wokeista outfit with eco-friendly bullets has only helped the imperial ambitions of Moscow. In the meantime the war continues with a new generation of Europe’s youth doing the dying.

The Ukrainian forces shows surprsingly resilient, effective and precise use of anti-tank and artillery fire to target Russian invaders. In contrast the Russian attacker kill indiscriminately civilian targets, such as the children hospital and maternity wards.

Supply problems with the Russian army were for some times reported. A courageous Ukrainian citizen filmed the Russian invaders stealing chicken from the local farmers. It shows the Russian invasion forces lack the command and control of the officers, and even if directed by their commanders illustrates the disregards for the laws of war.

Russians are fast loosing the local support for its cause if the livestock is stolen causing ordinary Ukrainians to relive memories of the not so distant Soviet past.

The Ukrainian Armed forces channel shows the effective use of anti-tank and counter attack tactics being applied. While U.S. and European politicians waffle around the legalities of transferring Air assets to the Ukrainian, the local defense forces taking on the Russian invaders.

For Putin the reality of Russian POW’s besides the war dead is a new reality. Ukrainian POWs are likely better treated than Russians captured Ukranians. Regardless the clip below illustrates not everything is going smooth for the Kremlin.

The pictures below are repeated reminders that a superior tank army is a chunk of metal that is fully exposed to the lethality of tank hunter-killer teams that eliminate exposed units in the field. In the 1980s most smaller European armies planned for an overwhelming Russian tank force invading and small commando type units taking out the exposed smaller tank patrols.

The Ukrainians use successfully artillery and drones in killing advancing tank columns. An air dominance would eliminate this column rapidly equalizing the fight.

The destruction by the Russian of Ukrainian property is extensive and will stiffen the resistance. For EU decision makers the uncomfortable truth is if the Russian attackers are not stopped they destruction will move towards the EU and NATO outer borders.

Russia, Ukraine, Thucydides & the War that nobody wanted
Putin to ponder options if West refuses guarantees on Ukraine