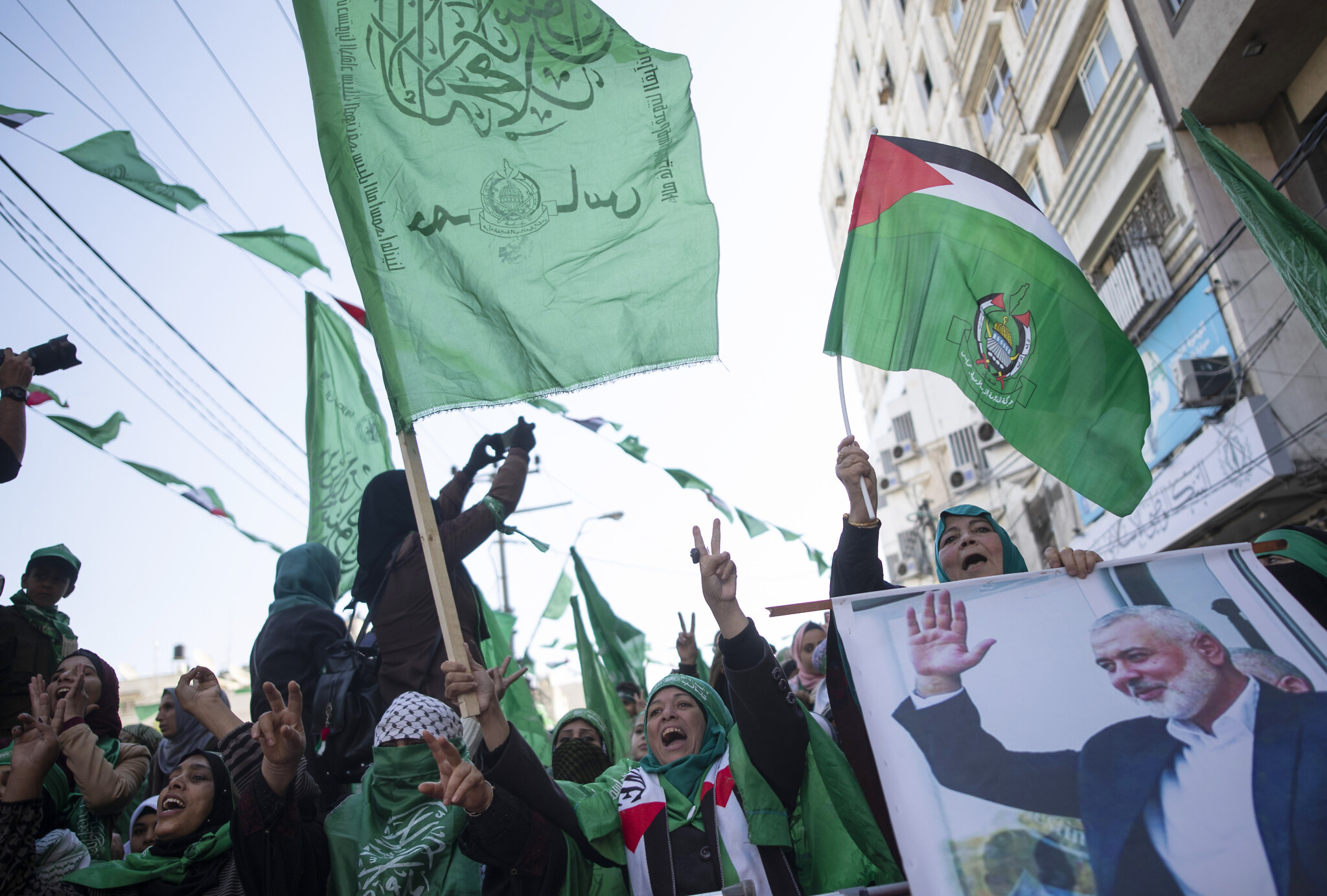 Hamas has condemned Turkish-Israeli normalization, which raises questions on its impact on the good Turkey-Hamas relations and the residency of some of its leaders in its territory.

The Palestinian Hamas movement has spoken out against the recent Israeli-Turkish rapprochement.

In a tweet on Aug. 25, Hamas spokesman Hazem Qassem said his movement condemns normalization between Turkey and Israel, adding that Hamas is not concerned with reports about Palestinian parties favoring this normalization.

Qassem’s comment came in response to Turkish Foreign Minister Mevlut Cavusoglu’s remarks to the Turkish private broadcaster Haber Global on Aug. 23 in which he said, “Palestinian leaders, whether Fatah or Hamas leaders, want us to normalize ties with Israel. They inidicated that it is an important matter to them as well, and that this dialogue will serve the Palestinian cause.”

Israel and Turkey announced Aug. 17 that they will restore full diplomatic ties and reappoint respective ambassadors for the first time since the 2010 rupture triggered by the Israeli raid on the Turkish-flagged Mavi Marmara flotilla. The flotilla, loaded with humanitarian supplies, was headed to the Gaza Strip, which had been under Israeli siege since 2007, before Israeli naval forces raided the ships on May 31, 2010. The operation back then left 10 Turkish activists dead.

The Mavi Marmara flotilla raid led to the rupture of Turkish-Israeli ties, and soon after, Turkey began showing greater interest and support for the Palestinians, namely at the economic and political levels. Ankara allowed Hamas to open an office in Istanbul and a number of Palestinian movement’s leaders to settle in its territory.

Days after announcing the restoration of ties with Israel, Turkish President Recep Tayyip Erdogan held an official reception ceremony for visiting PA President Mahmoud Abbas at the presidential palace in Ankara on Aug. 23.

Erdogan stressed during his meeting with Abbas that the exchange of ambassadors between Turkey and Israel “will not reduce our support for the Palestinian cause in any way.”

He added that Turkey totally rejects “any actions aimed at changing the status of Jerusalem and Al-Aqsa Mosque compound. We communicated our firm position in this regard to the Israeli side.”

Abbas, for his part, expressed gratitude to Turkey and the Turkish instituitions for their support for Palestine and for standing by the Palestinian people.

Talal Okal, political writer for the Palestinian Al-Ayyam newspaper, ruled out the possibility that the steps taken in the Turkish-Israeli relations would negatively affect Turkey’s relations with the PLO or Hamas.

He told Al-Monitor, “This normalization is based on trade and economic exchange rather than political interests. It is mainly designed to support the project to carry Israeli natural gas to Europe, via Turkey, amid gas shortages in Europe due to the Russo-Ukrainian war.”

He added, “I do not think that Israel can succeed in pressuring Turkey to expel Hamas from its lands. Turkey is a strong country that can withstand such pressures.”

Okal further indicated that the Turkish government is keen to keep its relations balanced with the parties to the Palestinian-Israeli conflict, as it has good relations with the PLO and Hamas, is in favor of the two-state solution and is restoring relations with Israel at the same time.

He pointed out that Abbas’ visit to Ankara reflects a Turkish affirmation that its support for the Palestinian cause will not decrease and serves as a message to Israel that normalization is focused on economic and commercial interests only.

On Aug. 19, Hamas issued a statement on its Felesteen news site, stressing its firm position against all forms of normalization with the Israeli entity, including the exchange of ambassadors.

It seems clear that Hamas’ condemnation of the Turkish-Israeli normalization was relatively timid compared to the strongly worded statements it issued against the normalization of ties between Israel and the United Arab Emirates, Bahrain and Morocco back in 2020. Hamas had sharply criticized the UAE decision to normalize ties with Israel as “a stab in the back of the Palestinian people.”

Its condemnation of Turkey’s normalization, however, is far from vociferous criticism.

Walid al-Mudallal, professor of political science at the Islamic University of Gaza, told Al-Monitor, “Despite Hamas’ condemnation of the Turkish attempt to normalize relations with Israel, I do not think that Hamas will reassess its relationship with Turkey or the presence of its leaders there.”

He explained that the fact that Hamas has been ruling the Gaza Strip since 2007 pushed the movement to seek more than anytime since its inception in 1987 international support and to prioritize its international relations.

Mudallal noted that Hamas has not severed relations with any country that signed a peace agreement or normalized ties with Israel, including Egypt, Jordan, the UAE, Bahrain or Morocco. Rather, it always seeks to improve its relations with them, he said.

Months after Israel and Morocco announced on Dec. 10, 2020, the resumption of diplomatic relations, Hamas leader Ismail Haniyeh headed to Rabat on June 16, 2021, to meet with leaders of the Justice and Development Party.

Ahmed Rafiq Awad, professor of journalism and political science at Al-Quds University, told Al-Monitor that the restoration of Turkish-Israeli relations could ease the potential future tension that could lead to a new military escalation between Israel and Hamas.

He explained, “Turkey has influence on Hamas, and normalizing ties with Israel will push Ankara to play a bigger mediation role, similar to Egypt’s and Qatar’s, between Hamas and Israel on many issues, most notably the prisoner swap dossier and the economic incentives for the Gaza Strip residents. In addition, it could play a role in reducing the chances of future wars between Gaza and Israel.”