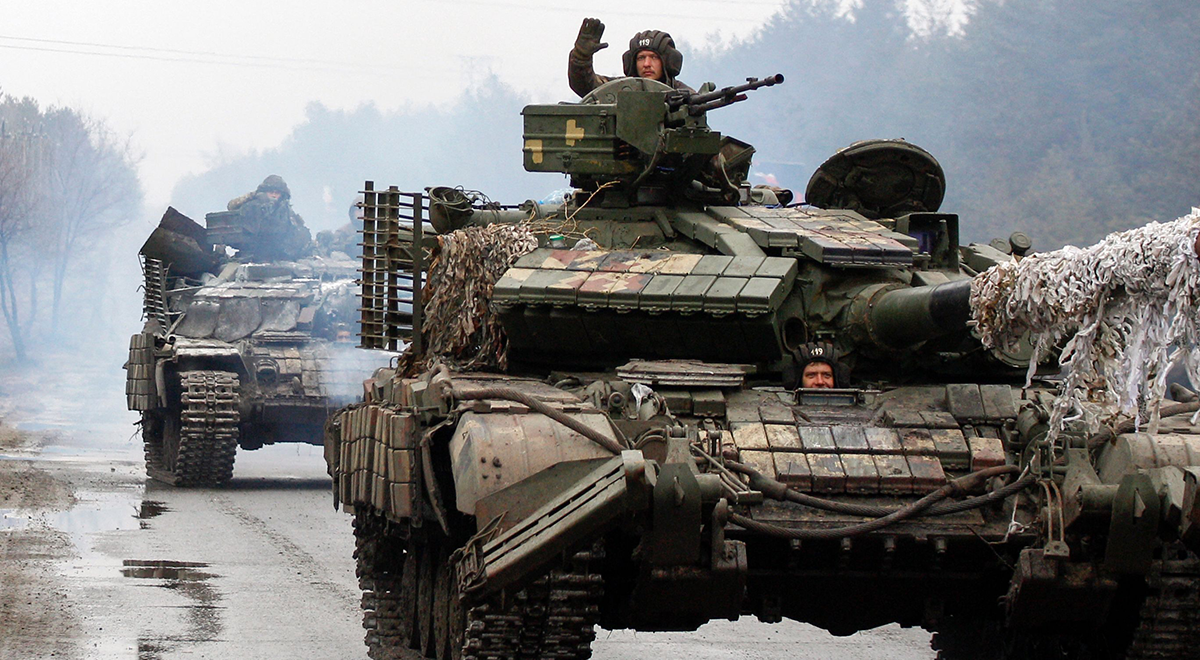 Hezbollah and other Iranian proxies are watching the conflict in Ukraine, and no doubt noting Russian setbacks in Ukraine.

Russian setbacks in Ukraine in the last month may have wider consequences in the Middle East.

Hezbollah and other Iranian proxies are watching the conflict in Ukraine. Russia is a key ally of the Syrian regime. Hezbollah, for instance, plays a role in Syria due to the Syrian civil war. Hezbollah has also sent officers and terror cells to areas near the Golan. A setback for Russia will cause concerns in Damascus and also may worry Tehran and its proxies.

This is a complex issue because there is a lack of clarity in terms of Russian support for Iran and it does not appear Russia backs Iran’s proxies or its conflict with Israel. However, Russia plays a role in stabilizing the Syrian regime. The stability of the Syrian regime enables Iran to operate in parts of Syria. Therefore, Russian success in Ukraine matters to Iran because if Russia is weaker then it can mean that the West will be stronger in dealing with Iran and other authoritarian regimes.

On the other hand, the more Russia focuses on Ukraine, the more Iran can expand its role in Syria. Russian defeat on the battlefield overall will illustrate to Iran that Russian military technology is not as good as Moscow has claimed, which would also influence Iran’s decisions regarding relying on that technology.

Russia tells Hezbollah US to blame

This complex matrix of issues means that Iran’s proxies are also looking at what is happening in Ukraine.

Al-Mayadeen, a media channel considered pro-Iran and close to Hezbollah, reported last week on the Russian setbacks in eastern Ukraine. The article said Russian sources had discussed these setbacks with the Al-Mayadeen reporters.

According to the report, Russian sources revealed to Al- Mayadeen that “American generals effectively contributed to the planning of this operation, and provided abundant intelligence information to the Ukrainian army, which is fighting in the ranks of hundreds of mercenaries.”

The point of this part of the report was to blame the US for the success of Ukraine. From Iran’s view, and that of Hezbollah; the US and Israel are part of the same adversarial bloc; whereas Iran and Hezbollah are part of the “axis of resistance.”

Weakening of the “resistance?”

In this paradigm, any success for the US and for Ukraine would mean that the “resistance” is weaker. The “sources” from Russia who told the channel about how the US was behind the offensive clearly want it to appear that Russia was not defeated only by Ukraine.

If Russia can’t even handle Ukraine, then how can it be counted on in Syria or elsewhere?

Iran is now exporting drones to Russia. Ukraine has claimed to have downed an Iranian-style drone that was used by Russia. This shows that Russia may be relying on Iranian technology. This knits together the Iran-Russia military connection and has implications for Iran. It means that Iran will want something in return from Russia.

If Russia is forced to rely more on Iran then that has implications for Israel’s policies in Syria. What concessions might Iran want?

On the other hand the failure of the Russian military system in Ukraine; if Russia can’t find a scapegoat or reverse the retreat, will leave Iran wondering about the potency of Moscow. A Hamas delegation was recently in Moscow. Iran backs Hamas.

What is Hamas asking for from the Russians?

What was Hamas doing in Moscow?

Hamas said in a statement that “a high-level delegation from Hamas, headed by its politburo chief Ismail Haniyeh, has met with Leonid Slutsky, chairman of the Russian State Duma Committee on International Affairs, and Grigory Karasin, chair of the Russian Federation Council Committee on Foreign Affairs, in Moscow.” It also slammed Ukraine this week.

“Hamas official Basem Naim confirmed that the statements made by the Ukrainian embassy to the Zionist entity designating Hamas as a terrorist organization under the movement’s officials’ visit to Russia are rejected and denounced,” the group noted. The Hamas delegation met Russia’s Foreign Minister while in Russia, but besides diplomatic support, it was not clear what Hamas will get.

The overall context illustrates that Hezbollah, Hamas and Iran are watching the Russian setbacks in Ukraine. They will draw their own conclusions about this may impact Syria’s regime and also Iran’s entrenchment in Syria.

Iran has been seeking to move munitions through Aleppo International Airport and Iran looks like it wants to focus more on northeastern Syria as a transit point to Hezbollah, potentially putting Iranian-backed forces in Syria closer to Russian forces in Khmeimim. This could be so Iran can get protection.

Meanwhile, Iran has also threatened the US in Syria, and the US retaliated with a drone attack in August. The more the US sees Iran supplying Russia with drones the more Iranians will be sanctioned for their drone work.

The US is also angered by Iran’s cyber attacks on the West. Overall then Iran is forced to rely more on Russia and China, but Russia appears weaker after the Ukraine setbacks. Iran went to Uzbekistan this week for the Shanghai Cooperation Organization meeting. It saw the Russian president meet China’s leader. It must be wondering whether its investment in an alliance with Russia, and economic ties with China, will pay off.