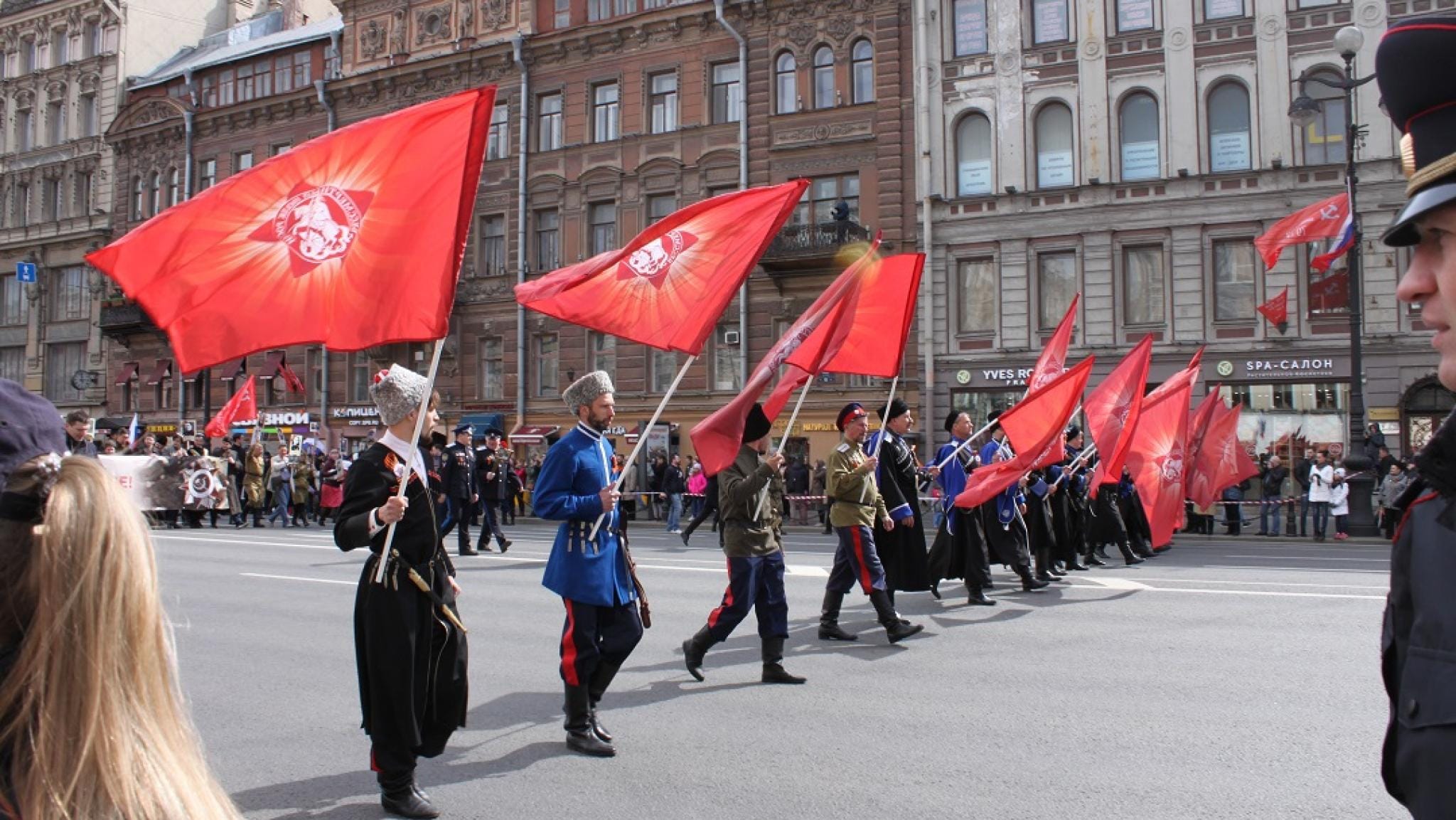 The war in Ukraine is accelerating Tashkent’s drive to shed its Soviet legacies. Yet democracy is unlikely to emerge in the poor Central Asian nation enjoying economic growth.

Russia’s conduct of the war in Ukraine is causing many countries that have been part of the Kremlin’s sphere of economic and political influence to have second thoughts. By far, the most important of these are Uzbekistan and Kazakhstan, the two dominant powers in Central Asia. Ever since the 1991 collapse of the Soviet Union, they have remained firmly entrenched in numerous Soviet-era linkages, ranging from energy and other transport infrastructure to business networks and educational traditions.

The influence has been strongest in Kazakhstan, which has remained a close ally of Russia. But although Uzbekistan has played a more independent game, it, too, has retained important legacies from the Soviet past. As both are increasingly determined to move away from Russian influence and from being involved in Russian business networks, the question is what will emerge to take its place.

At stake is the future of the global economic order and the ingrained Western belief in the superiority of liberal democracy and a rules-based market economy.

Chinese President Deng Xiaoping’s reforms launched in the wake of the 1989 Tiananmen massacre dealt a savage blow to this belief. Despite the authoritarian government, sanctions and ignoring fundamental principles of property rights and autonomy in the marketplace, the Middle Kingdom clocked up three decades of spectacular economic growth and human capital development, spooking Western business leaders.

Developments under President Xi Jinping may still allow Beijing to snatch defeat from the jaws of victory. Its heavy-handed suppression of the democracy movement in Hong Kong has shaken investor confidence. Its treatment of the Uighur minority in Xinjiang has resulted in severe enough criticism to harm exports, and the lengthy lockdowns that followed its Covid-19 zero-tolerance policy have taken a toll on the domestic economy.

As Russia’s influence is collapsing, China and Turkey will be incentivized to pick up the slack by increasing their presence in Central Asia.

Although the jury is still out on whether the Chinese economy will return to fast growth, most agree that authoritarian rule and outright autocracy will be the name of the game for the remainder of the century and across a good part of the globe. The main question is whether this may still be compatible with high growth and human capital development.

To countries with deeply rooted traditions of authoritarian government, the model developed in Singapore by long-serving strongman Lee Kwan Yew has obvious attraction. Significantly, the high-tech links between Singapore and oil-rich Kazakhstan have grown strong in recent years, and many have voiced optimism about this development. The critical question concerns whether a model developed in Southeast Asia may be successfully and sustainably transplanted into Central Asia.

Suppose Uzbekistan and Kazakhstan do prove to be successful in combining authoritarian government with growth-enhancing economic reforms based on open economies and civil society development. In that case, it will demonstrate to other developing nations that economic success may be had without accepting liberal democracy. That would have significant ramifications for the West as a role model. The key lies in whether other countries can replicate the Chinese solution of ensuring regime legitimacy by delivering fast growth and improved living standards.

Kazakhstan and Uzbekistan have a common history of leadership by crafty strongmen who were in power already under Soviet rule. The first president of independent Kazakhstan was Nursultan Nazarbayev, in office from 1990 until his formal resignation in 2019, and the first president of Uzbekistan was Islam Karimov, in power from 1989 until his death in 2016. In both cases, political elites proved capable of managing an orderly transition to new leadership, defying widespread speculation about violent struggles for succession.

Other similarities range from having received substantial parts of Chinese investment in the rollout of the Belt and Road Initiative (BRI) to being part of the Turkic-speaking world that President Recep Tayyip Erdogan is keen on cultivating for his own benefit and having strong economic dependencies on commodities, mainly energy but in Uzbekistan also cotton.

Beyond these similarities, Uzbekistan is in many ways different. Situated in the middle of the region, it borders all the other four Central Asian states and troubled Afghanistan. With a population of 34 million, compared to 19 million in Kazakhstan, it is the most populous and fields the region’s strongest military. It has also maintained a distance from Russia, declining membership in the Kremlin’s organizations for security, the Collective Security Treaty Organization, and economic cooperation, the Eurasian Economic Union.

In contrast to the sweeping liberal reforms in the economy, the political sphere in Uzbekistan has seen only marginal change.

Since President Shavkat Mirziyoyev first came to power in September 2016, Uzbekistan has been a showcase of impressive economic development. Its reforms are similar in structure and sequencing to those implemented by the early movers in Central Europe and the Baltics, with one important exception. Instead of moving toward liberal democracy, Tashkent has retained an authoritarian government. It has taken inspiration from neighboring Kazakhstan, which has derived much help and inspiration from Singapore.

To date, President Mirziyoyev has been quite successful. The outcome of the structural reforms introduced after he came to power has been even more impressive than in Kazakhstan. The currency was liberalized, borders were opened to free travel, forced labor was ended in cotton harvesting, the provision of public services was improved, controls on the media were relaxed and citizens were encouraged to speak more freely.

In November 2018, the government presented a Reform Road Map that outlined its economic reform priorities for 2019-2021. In 2019, The Economist signed off by declaring Uzbekistan its “country of the year.” By 2022, it could look back at an average annual growth rate of over five percent since 2016, with a high of 7.4 percent in 2021. According to the International Monetary Fund, Uzbekistan’s economic policy is commendable, and the outlook is positive.

At the core of an upbeat scenario lies a strong belief in economic rationality, in allowing market forces to make the best of opportunity. And there is plenty of opportunity on offer. As Russia’s influence is collapsing, China and Turkey will be incentivized to pick up the slack by increasing their presence in Central Asia. Tashkent is well placed to profit from this combined transformation of geopolitics and geoeconomics.

The government may expect continued positive results from economic reforms encouraging investment and giving freer rein to private entrepreneurship. It may bank on foreign investors looking to cash in on the opportunity, and it may hope that following the example of Kazakhstan in developing links with Singapore will contribute to technology and human capital development.

More specifically, Uzbekistan has embarked on ambitious energy infrastructure ventures that range from renewables to gas-powered projects. As the regional “great game” for energy transforms, these investments may begin to pay off. In a longer-term perspective, it may join with Kazakhstan in further undercutting Russian influence by developing energy infrastructure to pump oil and gas into existing networks that lead from Azerbaijan to Turkey and onward to Europe.

In anticipation of the Taliban takeover in Afghanistan, Uzbekistan invested heavily in building transport infrastructure – including high-speed trains – that would offer a link to the south from the east-west transport corridor of China’s BRI. The link would proceed through Afghanistan to ports on the Indian Ocean. As China has now shut down the northern route of the BRI that went via Russia, southern options will gain attraction.

Seeking to influence their potential gains, outsiders will develop very different agendas. While China may hope to reenergize the BRI, and escape increasing anti-Chinese sentiment, America may hope to use democracy promotion and conditional foreign aid to promote a Western order, and Turkey will focus on its agenda of pan-Turkism. Meanwhile, both Uzbekistan and Kazakhstan will remain focused on retaining authoritarian rule, implying that Westernization is not a likely prospect.

While the optimistic scenario remains the likely outcome for Uzbekistan, dark clouds are on the horizon. One is the evaporating likelihood that the Taliban can provide security for infrastructure investments, meaning that Tashkent may find it has made significant investments – economic and political – in a bridge to nowhere. Another is that while the war in Ukraine opens new possibilities for development, it also harms the ability of double landlocked Uzbekistan to secure vital imports for its energy investments, such as large turbines for gas-fired power stations.

But by far, the darkest cloud is the danger of widespread social unrest, which threatens to seriously undermine the prospects for a successful continuation of the Chinese pattern of ensuring regime legitimacy by providing steady increases in living standards.

Uzbekistan and Kazakhstan presently face the danger that high inflation and a global economic downturn will fuel social unrest. In early January, Kazakhstan experienced rioting over rises in fuel prices. It originated in its westernmost part but soon spread to include other causes and parts of the country, prompting the government to call on Russia for limited military intervention.

In Uzbekistan, the danger is exacerbated by the presence of ethnic conflict. In early July, bloody violence erupted in Karakalpakstan, an autonomous republic in the western part of the country. Clashes between demonstrators and security forces left 14 dead and 243 wounded. The violence erupted when it leaked that a proposed constitutional amendment would reduce the standing of the autonomous republic to a mere province and also remove its right to secede.

Taken aback by the bloody protests, President Mirziyoyev flew to the regional capital Nukus, where he addressed the local parliament, scolding local officials and promising to withdraw the proposal. The unrest arrived as such a nasty surprise because the government had invested heavily in lifting Karakalpakstan out of poverty, aiming to bring Nukus and other regional towns closer to the fast-growing area around Tashkent.

The question of autonomous status for Karakalpakstan should not be of major concern to the regime in Tashkent. Out of the two million population, only one-third are ethnic Karakalpaks. What still makes it important is the danger that social and ethnic drivers of unrest may combine. The event in Nukus recalled unrest in Tajikistan in May, involving its autonomous Gorno-Badakhshan region. Like Karakalpakstan, the latter covers a large part of the country’s territory but only has a tiny part of its population.

The absence of constraints on exercising power explains why Uzbekistan is vulnerable to this danger. In contrast to the sweeping liberal economic reforms, the political sphere has seen only marginal change, and reforms are introduced by presidential decree. Serious political opposition remains underground, and the media have recently experienced an upsurge in harassment. The likelihood that President Mirziyoyev will accommodate demands for more transparency and social changes is slim.

Although the outlook still favors continued macroeconomic success, the odds for continued political stability are not looking good. If the regime responds by tightening the screws, which is likely, the prospects for continued success in combining high growth with the authoritarian government will also worsen. The parallel to China is striking. Like Beijing, Tashkent may be in for a bumpy ride.